Silver Moon, Silversea’s new 40,700-ton vessel, officially joined her sisters as the ninth ship of the ultra-luxury fleet in June 2021.

Regarded as the twin sister of Silver Muse, the new Silver Moon is very similar — but also not quite identical, with tweaks such as a bigger, expanded La Dame and Arts Cafe, among others. Just completed, Silversea’s Chief Commercial Officer Barbara Muckermann recently visited the magnificent new vessel in Fincantieri’s Ancona shipyard, unveiling for the first time the ship’s elegant interiors.

“The ship represents the pinnacle of ultra-luxury travel in the 21st century, and we have made many innovative enhancements that symbolize a refinement of Silversea’s already ultra-luxury cruise experience. We cannot wait to welcome our guests aboard this beauty in the near future.” In the mean time, Muckermann takes us on a virtual tour of Silver Moon, offering insight on the new venues and enhancements that set the ship apart, as well as the tried-and-true elements that define the soul of Silversea.

Making its debut on Silver Moon, the innovative Sea and Land Taste (S.A.L.T.) culinary program is the ship’s defining factor. And three new state-of-the-art venues, all located on Deck 4, shape the heart and soul of the program. As the first large-scale regional restaurant aboard a luxury cruise ship, S.A.L.T. Kitchen heads off the list, offering a menu that changes with the destination and a regionally-inspired wine list.

S.A.L.T. Lab is, in Muckermann’s words, “the most amazing S.A.L.T. venue of all. It’s really the heart of the program. It’s actually a test kitchen, but what I would say really defines this venue is that you will get your hands dirty.” Designed as hub for all forms of culinary discovery, the venue also inspires intimate talks and discussions, a place for like-minded food-focused travelers to meet and discuss their next adventures, borrow a cookbook or just stop by for a taste of local ingredients.

And then there’s S.A.L.T. Bar, an intimate, inviting space to explore and celebrate the tastes and terroir of a destination through a large selection of regional wines, spirits, and other drinks. Guided wine tastings and mixology classes will also be on tap at this most “exciting new venue,” as Muckermann describes it on her virtual tour.

If the S.A.L.T. venues embody the uniqueness of Silver Moon, the other public areas of the ship establish an unbreakable bond with the sister vessels of the ship while still imbuing plenty of new touches. On Deck 5, the charming Dolce Vita lounge is as welcoming as ever, yet features a completely new design. Arts Café on Deck 8 continues to redefine the typical coffee shop whereas the tried-and-true familiarity of Panorama Lounge on Deck 9 now features a redesigned bar. A bigger transformation is afoot in Connosseur’s Corner, going well beyond the intimate indoor space to now boast an expanded outdoor area that more than doubles the size of the beloved venue.

Speaking of outdoor areas, Silver Moon’s Spa on Deck 6 expands the open air space of its counterpart on Silver Muse by featuring almost twice the size to relax, enjoy or partake in a yoga class.

From the classic luxury of the Veranda to the opulence of the Grand Suite, Silver Moon accommodates 596 guests in 298 elegant suites—96% of which include a balcony. Enriched with elegant décor, premium materials and luxurious amenities, the ship’s suites benefit from one of the high space-to-guest ratios that is a characteristic feature of the Silversea experience. 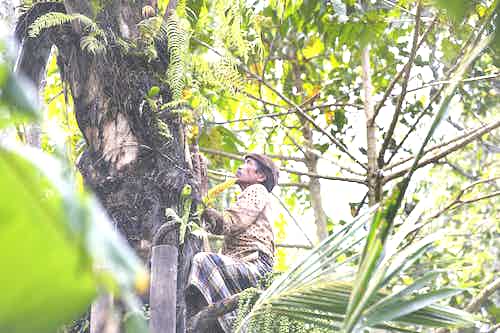 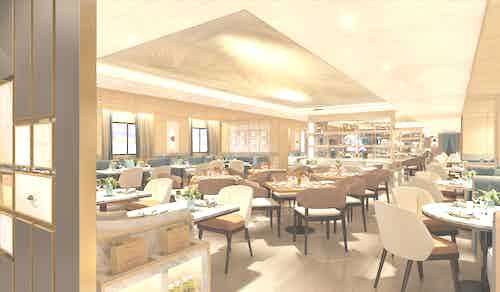 Accompanying the S.A.L.T. venues on Deck 4 are popular mainstays Atlantide and Kaiseki. The former, featuring award-winning international cuisine, has been enlarged to accommodate up to 220 guests. Drawing inspiration from the world’s best Asian restaurants, the minimalist yet sophisticated design of Kaiseki invites guests to witness expert sushi chefs in action as they prepare fresh sushi, sashimi, and other Asian dishes.

La Dame, Silversea’s signature restaurant, has enjoyed quite the makeover on Silver Moon. Located on Deck 8, the haute cuisine classic has been enlarged to accommodate 56 guests and now features far-reaching views out to sea as well as the opportunity to dine under the stars. And as part of a unique new collaboration, Lalique has crafted 11 bespoke crystal panels to enrich the restaurant’s aesthetic further still.

Silver Moon’s culinary offerings also include the lively supper club Silver Note and iconic La Terrazza, both on Deck 7, as well as The Grill on the pool deck and Spaccanapoli’s Neapolitan pizzas on Deck 11.