Silver Endeavour, Silversea’s new polar vessel, is already considered the world’s most luxurious – and expensive – expedition ship ever built. Silver Endeavour, which made its debut November 19, 2022, is on a series of seasonal Antarctica cruises, and will be visiting cold-weather destinations across the White Continent, the Arctic and Northern Europe in 2023/2024. Key features? The ship has the highest space-to-guest ratio in expedition cruising and features some of the industry’s most spacious all-balcony suites.

“There are so many similarities it made me wonder if they used the Silversea design platform,” he says, laughing. Here Martinoli shares his impressions.

What’s your take on the design of the ship? Is there something about Silver Endeavour, design-wise, that you find inspiring, clever and/or innovative?

“She is very luxurious, far and above the other Crystal vessels. She perfectly fits our needs. Suite sizes and configurations, and her layout, open decks, dining options – you name it – it’s a perfect, suitable design for Silversea.

“I was also surprised by how easily she will adapt into our expedition fleet.”

“It has to be the aft pool, in an enclosed space with a great glass dome, an unusual feature for an expedition ship that operates in cold water, especially because she will spend 90 percent of the time in this environment.”

In the Explorer Lounge, the hub for the ship’s expeditions, Martinoli tells us that there’s an LED screen that’s ultra HD. It projects images in real time of wildlife and vistas that are captured by a remote control gimbal camera system – magnified about 90 times that of a normal camera.

“There are other features we don’t need,” he says. “For instance, there’s a casino, which we don’t feature in our expedition fleet. There’s a helicopter hangar and landing pad, and we’re not a big fan of that feature. In both cases, we’re considering adding suites as the ship is very large compared to its capacity.”

What are familiar spaces that Silversea’s Venetian Society guests will recognize?

Otium, the new Silversea spa concept based on the concept of Roman indulgence and introduced this year on Silver Dawn, will offer onboard pampering with incredible views from every space. And the Observation Lounge offers 270-degree views of the ship’s surroundings, an elegant ambience that’s perfect for afternoon tea, post-dinner cocktails and live music.

Would you use Silver Endeavour as a platform for designing Silversea’s own expedition new builds?

“That’s difficult to say because we’ve already been looking into options for an expedition design to follow on that of Silver Origin [which launched in Galápagos in 2021],” he says. 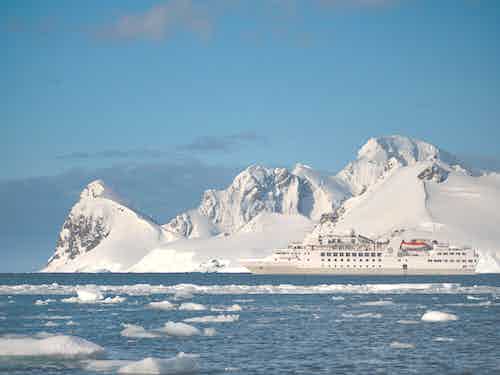 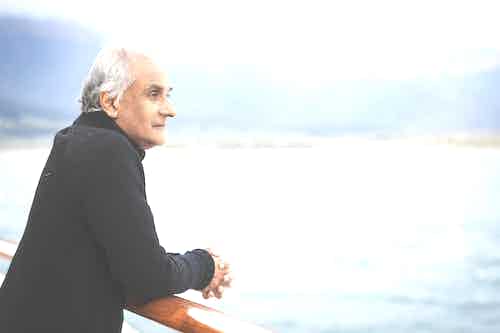 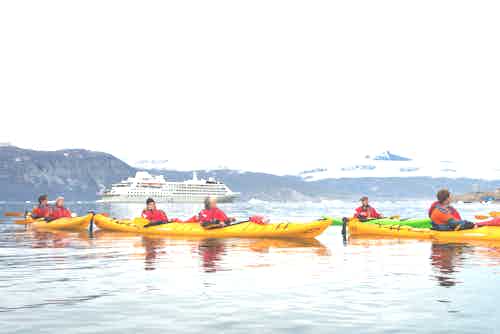 Silversea Elevates Expedition Cruising; Behind the Scenes with Silver Wind and Silver Cloud

Design-wise, is there anything urgent you have to change on the ship before it enters service for Silversea?

“We’ll change all the things you would expect, such as livery [the exterior painting of Silver Endeavour], the ship’s name, signs around the vessel. We also will make small touches to the dining experiences to make them fit with what we have on other expedition ships, namely venues similarly found on Silver Cloud and Silver Wind.”

Silver Endeavour has some new toys and twists, including  a helicopter, submarine and a remote operational vehicle (or ROV) that aren’t found on Silversea’s other expedition ships. Will they stay?

“We’re not going to use the submarine and helicopter for a couple of reasons. One is that cold weather waters are typically quite murky, so you can’t see much in a submarine. We don’t feel the need to have toys that can used by just a portion of guests. And they’re actually only useful in a very limited number of places. Finally, there’s more than enough to do and see on Silversea’s cruises.

“We will, however, incorporate the ROV.  Remote operational vehicles allow us to explore even deeper beneath the surface and to share insights and learnings with our guests.”

What should we know about Silver Endeavour’s sustainability?

“She is a wonderfully updated vessel, debuting last July and sailing until January. She has Azipods, an efficient propulsion system, and on my explorations onboard you could tell that  energy efficiency was a big focus during construction. Other critical features include advanced waste systems, dynamic positioning, the most-updated internal combustion engines. For a small ship like Silver Endeavour, it’s very good.”