Much like the Red Dragon, St. David or daffodils, few things are as intrinsically tied to Wales as the hymn Calon Lân. Unofficially considered Wales’ second national anthem, this endearing song was written by national poet Daniel James, also known as Gwyrosydd, and composed by John Hughes in the 1890s. Welsh for ‘A Pure Heart,’ the meaning and popularity of Calon Lân has extended well beyond its lyrics, becoming, for instance, the official song of Wales’ national rugby team. It even has a dedicated society whose mission is to promote and preserve the history and heritage of the beloved hymn. Fittingly, it is also the song of choice for our Welsh soprano and member of the Voices of Silversea Rhiannon Herridge, who regales us with a heartfelt interpretation while she waits to perform for Silversea guests once again.

Herridge’s devotion to music began in her toddler years, when she took center stage in nursery plays and even sang on Welsh radio at the tender age of 5. Half a decade later, after becoming a choir girl, she sang to the late Pope John Paul II at the Vatican and soon thereafter fell in love with musical theater and opera. This passion led her to pursue a degree in Vocal and Operatic studies from the Royal Northern College of Music in Manchester, where Rhiannon graduated with the highest mark in her class in 2014. As part of her studies, she trained in Italy with famed vocal Maestro Ubaldo Fabbri, who has collaborated with some of the greatest singers of our time, including the legendary Luciano Pavarotti.

In October of the same year, the young soprano joined Luna Rossa Productions, becoming a member of the company’s beloved ‘Voices of Silversea’ ensemble. “It’s been an honor to meet so many wonderful guests, crew members and cast members throughout these years,” Herridge says.

Home right now is tucked in the countryside of West Wales, with my mother and brother – though I recorded the song in Australia. I was onboard the World Cruise when Covid-19 brought all voyages to an end. Our disembarkation happened in Sydney, and so I was able to safely stay with family living in Western Australia, until the UK seemed a little safer and steadier. I miss having a tan!

Why did you choose Calon Lân?

We’d visited a Welsh settlement in Patagonia as part of World Cruise 2020 (Gaiman, near Puerto Madryn), and I’d sung this Hymn with two of the Patagonian natives at their local Chapel, during one of the ship’s tours! Here, I’ve recorded the hymn to the tune of Suo Gân, an old Welsh lullaby that was made famous in Steven Spielberg’s film ‘Empire of the Sun.’ It’s one of my favorite Welsh melodies, and I’d recently sung it on board at my cabaret celebrating Wales’ Patron Saint’s Day.  I’m sure that anybody who’s sailed with me will have detected my love for sharing the music, culture and language of Wales while I’m onboard a ship! Iechyd da!

I’m sure the Disney Princesses started it all off! But aside from that, I have a real mixed bag of influences: Julie Andrews, Renèe Fleming, Whitney Houston, Lea Salonga, Celine Dion… Some shows that had a big influence on where I wanted to focus my training were The Phantom of the Opera, Les Misérables, My Fair Lady and West Side Story, and I find the music of Giuseppe Verdi, Giacomo Puccini and Claude Debussy completely magical.

How does it feel to perform on a Silversea cruise?

I really love that the theatre feels like home and the cast become a family.  I also love always having access to a sea view, and a varied one at that – one of my favorite things about sailing is the sea itself; I just love it. Performing onboard is always an uplifting and supportive experience, especially when we’ve gotten to know so many of our guests and we’re suddenly ‘the kids’. Another really great part of life aboard Silversea is having access to two worlds; dressing up for cocktails and the elegance of upstairs, or living in my slippers in the elusive downstairs! 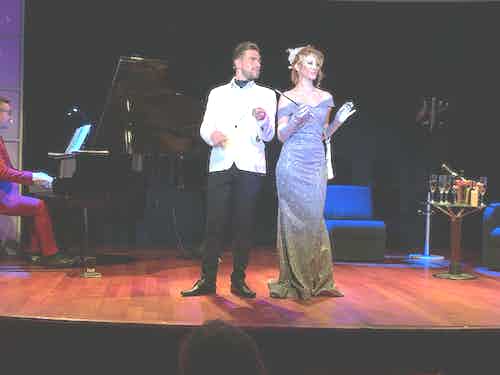 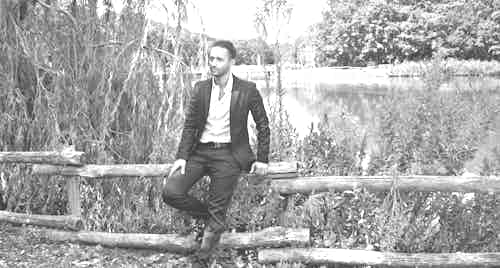 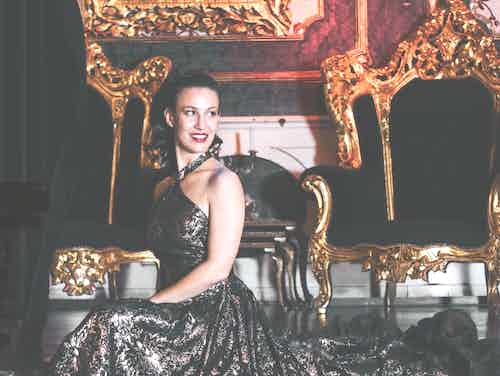 Is there any particular ship or region that you enjoy most?

It seems every ship in the fleet has its own special character, but of them all, I feel most at home on Silver Whisper. I do hold a special place for Silver Cloud too, as it was my first ship experience. I’d love to see how much she’s changed now that she’s an expedition vessel. It’s impossible to pick a favorite region! South America, Asia, Alaska, Antarctica, the Baltic, the Mediterranean, Australia, the South Pacific… and everywhere in between! I’ve found that my top stand-out memories really aren’t region-specific and that everywhere offers something special!

Are there any standout anecdotes of your experiences onboard?

That time I hadn’t received a stage call prior to showtime and was entering from the top of the theatre for the first number, to join Sean Boyes (tenor) to sing the second verse of ‘O Sole Mio’ in our first ever cabaret together: It got to about 5 minutes past showtime, so I decided to try peek into the theatre to see what the holdup was, when I heard that Sean was already singing!  I had no idea where in the song Sean was – whether he’d just begun, or had had to end up singing the whole song on his own.  I threw my water bottle behind me and stepped into the auditorium, looking as serene as possible, but on the highest alert, trying to orientate myself to where we were in the music, so that I could figure out what to do – to sing, or not to sing?  At the exact moment I stepped out, the music sounded like it could have been the couple of seconds leading into my verse (but tracks can be pretty repetitive!)… I made a split-second decision to start singing almost as my vocalizing began… The spotlight came up on me and somehow thankfully it was the moment I was meant to enter.  RELIEF.  Still singing, I made my way down to Sean on stage, acting all coy and playful ‘in character’, but my heart beating a million miles an hour and my mind in utter disbelief, repeating, “I cannot believe this is my life right now. What on earth just happened”. Divine intervention? Blind luck? I still can’t decide but, wow, what an adrenaline rush!

Once cruises resume, where do you look forward to traveling?

Somewhere with more reliable sunshine than this year’s summer in the U.K., please!