One-hundred and twenty-four years ago, Giacomo Puccini’s opera “La Bohème” premiered worldwide at the Teatro Regio in Turin. Since then, the Parisian tale of a poor seamstress and her artist friends has become one of the most frequently performed operas worldwide. And among all the memorable compositions, the romantic “Che Gelida Manina” (What a frozen little hand) is undeniably a standout. Sung in the first act by the struggling poet Rodolfo to the seamstress Mimì in the Latin Quarter of Paris, it is one of the most recorded arias by tenors, with giants like Enrico Caruso, Luciano Pavarotti or Mario Lanza among them. Italian tenor Andrea Pellegrino, a member of the esteemed Voices of Silversea offers his rendition, recorded during the global lockdown in early 2020.

Pellegrino’s story begins in what he humorously refers to as “a small village in Italy called Rome“. He started studying music at the age of 12, winning numerous piano competitions in the ensuing years. By age 16, Pellegrino realized he had a strong singing voice and began to study pop music, musical theatre and eventually opera. “My grandfather was a classical tenor with a beautiful, dramatic voice. Unfortunately, I never met him because he passed away before I was born but it is definitely thanks to him that I have this voice. As they say, music is in the genes!”, says Pellegrino. The young tenor graduated from the Santa Cecilia Conservatory in Rome in 2015 after winning singing competitions and taking masterclasses with famous opera stars, including Mariella Devia, Plácido Domingo and Giuseppe Sabbatini. That same year, he joined one of Silversea’s first casts with Luna Rossa Productions and performed onboard Silver Whisper. “I fell in love with the company from the moment I stepped on board,” he recalls.

I am currently working in a resort in Italy as a performer – I perform during the main shows. But I recorded “Che Gelida Manina” during the lockdown period at my friend’s house in Altamonte Springs in the US, near Orlando. Their family kindly invited me to stay with them for the lockdown and were amazing in keeping me safe and cared for in their house.

Why did you choose “Che Gelida Manina”‘?

“Che Gelida Manina” is an absolutely essential piece for a lyric-tenor’s repertoire. Also, La Bohème is one of my favorite operas. It’s a very challenging aria as it hits the top C, one of the highest notes for the tenor voice. I chose it because I see parts of myself in the role of Rodolfo (the lead tenor). He is an artist and he is poor but he is rich in rhyme, song and soul. Most of all, he is rich in ambitions and dreams. He is a dreamer, just like me.

I have to confess I have a super eclectic list of influences and I’m versatile in my music choices! Some of my inspiration comes from Luciano Pavarotti, Andrea Bocelli, Giuseppe Di Stefano and Mario del Monaco, but I also love pop, jazz and rock artists like Stevie Wonder, Queen, Frank Sinatra, Michael Bublé and Elvis Presley, to name a few.

How does it feel to perform onboard a Silversea Cruise?

I absolutely love performing on the stages of the Silversea ships. The audiences love my voice and the classical genre. Every time they stand up and applaud, it confirms I am doing exactly the right thing with my life! Giving my emotions to the audience, and when they give 100 per cent, I give 200 per cent back. On the stages of the ships I have expressed myself, spoken about myself and my life, laughed, cried and grown as a man and as an artist. I have to thank 2 people in particular: Marc and Michelle, the two directors of my agency, that back in 2015 believed in my dream, in my voice and in my talent. They gave me the chance to show who am I and I gave them back everything I could. That was my way to say ” Thanks for believing in me”. Moreover, my English has improved a lot due to working for Silversea together with my Spanish. Thanks Silversea for being such an amazing family!

Is there any particular Silversea or destination that you most enjoy?

To be honest, I love all of the Silversea ships. However, I think Silver Muse has been my favorite so far, especially with Australia, New Zealand and Indonesia being its itinerary. I’m looking forward to Silver Moon next! 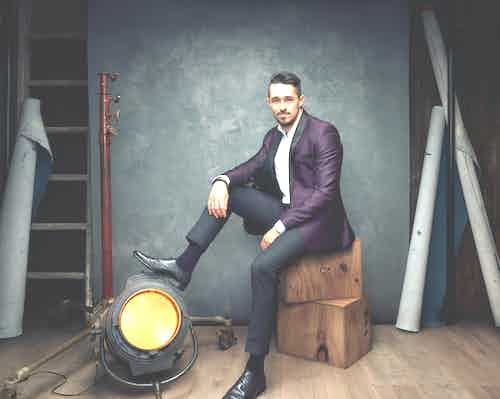 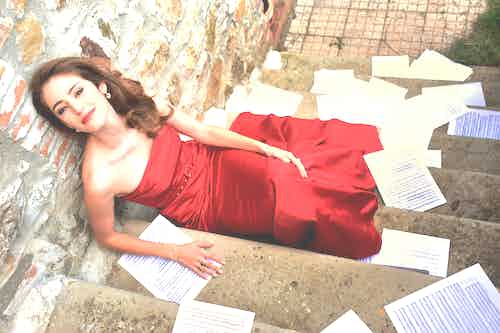 Are there any standout anecdotes or memories of performing with Silversea?

In 2017 during a Playbill Charter, I had the opportunity to perform with Broadway musician, actor and radio host Seth Rudetsky. I first met him in the gym when he approached me and started asking some questions. As we chatted, he asked me: “Wait… are you a crew member or a guest?!” I told him I am the classical singer on board. He was surprised and asked if I knew the famous aria with the 9 top C’s and if I was able to sing it. Of course, I said yes!

The day after, I was on the stage with him in front of 300 broadway fans and performers, hitting those 9 top Cs! He left me a poster backstage with the broadway artist’s pictures and he signed “Dear Andrea, Thanks for hitting all those top C’s. You are a fantastic tenor”. What an amazing opportunity!

Once cruising resumes, where do you look forward to traveling?

I would love to explore more of South America and the West coast of the USA. One of my dreams is to rent a car and do a road trip through California.