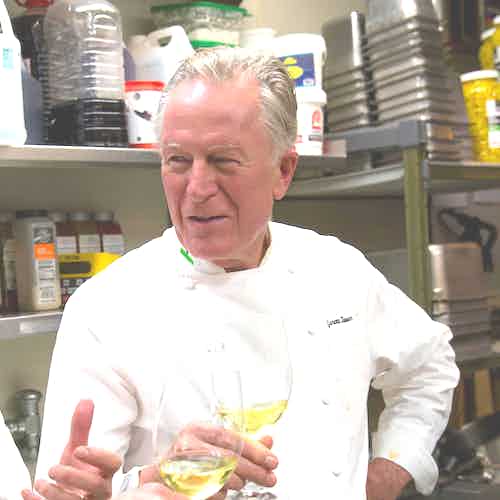 A world-renowned chef and
restauranteur, American-born Jeremiah
Tower began his career as the
Co-Owner and Executive Chef
of Chez Panisse in California in the
1970s. He then opened branches
of Stars restaurant in San Francisco,
Manila and Singapore, among other
locations, plus Peak Café in Hong Kong.
Martha Stewart called him “The father
of American Cuisine” and Anthony
Bourdain said that “Tower’s menus
made a complete re-evaluation of not
just American food and ingredients
– but food.” In 2017, a full-length
documentary on Tower,
The Last Magnificent, was produced
by Anthony Bourdain for CNN.