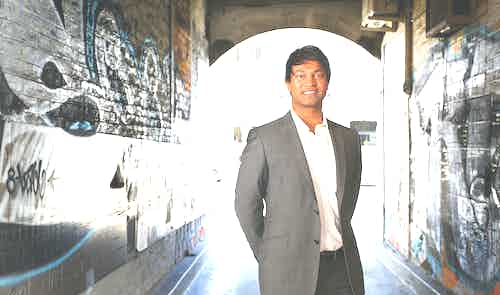 A born storyteller, Saroo Brierley’s
extraordinary childhood experience
became a Hollywood blockbuster in
2016. Born in 1981 in rural India, Saroo
was separated from his brother at a
railway station at the age of five. He
boarded a train, travelling 1,000 miles
to Kolkata. Unable to speak Bengali and
unaware of his home town’s name, he
was lost. He was eventually adopted
by Australians, Sue and John Brierley.
25 years on, using Google Earth,
he returned to India to find his birth
mother. He has written a book on his
experience, A Long Way Home. The
film, Lion, was nominated for six Oscars.