Large colonies of seals lounge on the beaches of crescent-shaped Half Moon Island, a tiny speck of land in the South Shetland Islands. Their hulking forms cloaked in coats of tawny-colored, velvety fur practically blend into the backdrop of the island’s sandy beaches.

Seals in Antarctica behave quite differently than their counterparts living north of the Arctic Circle who must steer clear of land-based predation from polar bears, as well as threat from killer whales—the largest of the oceanic dolphin family. Antarctic seals, on the other hand, can avoid any threats by staying safe on land. The absence of land-based predators in Antarctica means that seals can haul-out in large groups, fall sound asleep, give birth and even nurse their pups for long periods of time.

Four Degrees of Separation: Fascinating Facts About Seals in Antarctica

There are six species of seals in Antarctica, but in the region of the Antarctic Peninsula, you’ll likely only encounter four types of seals— the Weddell, crabeater, leopard and fur seals. Although quite similar in appearance, they’re assuredly entirely different in many respects – each with their own characteristics and unique traits that make them almost as distinct as dogs are from cats. Let’s dive deeper into the world of these seals so you can really appreciate them on an Antarctic voyage.

In Antarctica, one of the few places on Earth relatively untouched by humankind, the nights are characterized by a poignant type of silence, save for the hum from your ship’s engines as it sways you calmly to sleep. But if you step out onto your balcony, you might hear it—the distant song of the Weddell seal. Robin Aiello, one of Silversea’s onboard Marine Biologists, has an interesting way to describe Weddell seal sounds. “These are the most vocal of the seals and produce the most beautiful, melodic songs that sound like alien synthesizer music,” she says.

Named for James Weddell, the British sealing captain who discovered them almost two centuries ago, these earless seals eat mostly fish and squid found in the deep waters surrounding the continent. Their large eyes help them navigate the murky depths while extra layers of blubber keep them warm while fishing.

With a small head atop an enormous body, Weddells are the iconic Antarctic seal you see in so many wildlife photos. “They are massive seals that have the cutest ‘puppy dog’ face with large eyes,” says Aiello. And just like a curious canine, Weddell seals often roll around on their backs, twisting their heads to get a better look at visitors to Antarctica. They even swim up to approaching Zodiac boats, snorting and sneezing and sniffing the rubber to get a better sense of humans who are, to them, strange creatures in their wild homeland.

A Close Encounter with Crabeater Seals

Cory Hom-Weaver, another Marine Biologist and Expedition Expert on Silversea voyages, is no stranger to close encounters with wildlife. She even recalls observing two crabeater seals playing near her Zodiac craft during an expedition in Antarctica. “They can be quite shy,” she remembers. “But they were distracted by one another, and I was able to get my camera in the water to film them.”

These seals have long, slender snouts. “Their upturned noses, scars and teeth seem to give them a cranky look,” says Aiello. “Crabeaters always look like they are in a bad mood.”

But those teeth have an express purpose of helping them eat krill (contrary to what their name might suggest, they do not eat crabs). “Crabeaters have some of the most specialized teeth out of any animal species,” explains Hom-Weaver. “Their teeth have small projections that allow them to gulp water and strain the krill out just like a baleen whale.”

They also tend to be quite social and often congregate in the water or out on the ice. “Crabeater seal behavioral adaptations are among the most unique in the marine mammal world,” explains Hom-Weaver. “Their life revolves around the pack ice. They pup, rest, and molt on the ice.”

When they are hauled out on the ice and begin to dry, their coats are quite light in color. Their bodies often appear to have scars, likely from orca and leopard seal attacks or from hopping up onto the ragged ice.

The Long and Lean Leopard Seal

Snake-like leopard seals, in contrast, are an apex predator in Antarctica, taking their place just below the notorious orca. “They have a powerful jaw used for grasping and tearing their prey apart, and they surprise-attack their prey,” says Hom-Weaver.

They’re named for having leopard-like spots on their coat, though unlike felines, these seals’ coats are silvery-grey. As the second largest seal species, they’re potent creatures with long, muscular bodies and large heads with eyes set far apart.

Because they’re well aware of their place near the top of the food chain, they’re incredibly inquisitive and regularly approach Zodiacs to play. They fear nothing. As Hom-Weaver puts it, they keep the Antarctic ecosystem in check.

Fur seals, as the smallest of the bunch, are also the most adorable. Carrying less blubber than the rest, fur seals flourish in the Sub-Antarctic region of South Georgia, and hundreds of thousands frequent the waters of the Antarctic Peninsula during the second half of the summer season, during the warmer months of the year. They also breed in small colonies in the South Shetland Islands. 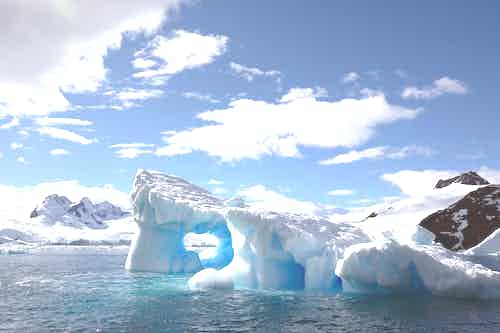 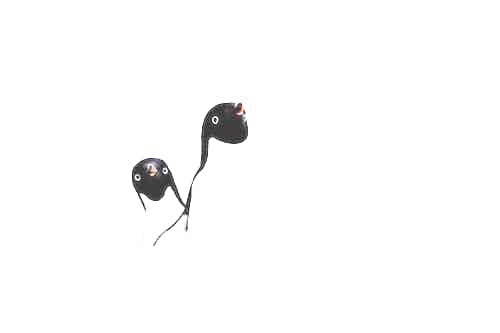 With their thick fur coats and little, pointed earflaps, they’re markedly different than the other species living on the Antarctic Peninsula. They also have long front flippers, and their hind flippers allow them to rotate around as well as walk on land, just like sea lions.

What is almost comical about Antarctic fur seals is how they can feast on an abundant Antarctic buffet of krill but yet they preciously pick the teeny tiny crustaceans, about the size of a paperclip, out of the water one-by-one.

The beauty of Antarctica is not only present in its landscape, but its resident wildlife. These seals, in particular, will capture your imagination and leave you wanting to see more, as observing them in their habitat is an exceptional experience not many of us are fortunate to have. They make visiting Antarctica an unmatched adventure.