Sydney is an outdoor stage that comes alive in the sun. Yachts multiply on the harbor, joggers emerge along coastal paths, families throw down towels to settle on the beach or in the park, couples dine alfresco as wine bottles chills in ice buckets, and friends gather in beer gardens to laugh, drink and repeat until sunset.

Now, more than ever, we do nearly everything outside. That’s where life looks good, feels good, smells good. The salty tickle of ocean spray on the sea breeze the scent of eucalyptus trees; jacarandas bursting into purple blooms along suburban streets.

The sky and the light of Australia’s big sky seem different, more dazzling.

The sun is harsher, too. That’s why we’re sitting in the shade, under umbrellas. We’re wearing designer sunglasses and wide-brimmed hats. (You can spot a  tourist by the baseball cap.)

Locals wait for a “southerly change,” a gust of strong, cooling wind that drops the temperature dramatically at the end of every day.

When the sun goes down

At night, we head outside again to waterfront restaurants, open-air cinemas, backyard barbecues, dinner parties on the deck. We talk about the wine, real estate and what the government’s doing wrong.

The centerpiece, of course, is Sydney Harbor and the Opera House’s gleaming, sail-shaped peaks. In the background, wining and dining dominate the edges of Circular Quay. In the distance, secluded bays line the shores, where the prestigious eastern suburbs sprawl across the hills, and multimillion-dollar mansions spill down to the water. On the north side, the prime minister’s house is in full view, along with rows of apartment blocks.

Sydneysiders, as we locals are called, treat the harbor as their own. Chances are you don’t own a boat and you probably don’t know anyone who does, so turning up on short notice when it’s a good day to go sailing won’t work. Instead, consider chartering a catamaran, having lunch onboard and jumping in for a swim.

Manly is a popular day trip by ferry for tourists and locals alike. It’s where I live, drawn by its seaside holiday vibe. On a sunny afternoon, the beachfront promenade is a great spot to wander, ice cream in hand, watching the surfers, listening to buskers perform on the Corso, which connects the wharf to the Pacific Ocean side of the peninsula. People keep kayaks and paddleboards in sheds, taking them out for daily exercise or a dose of fresh air. 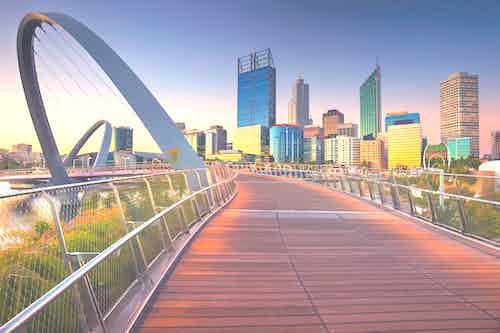 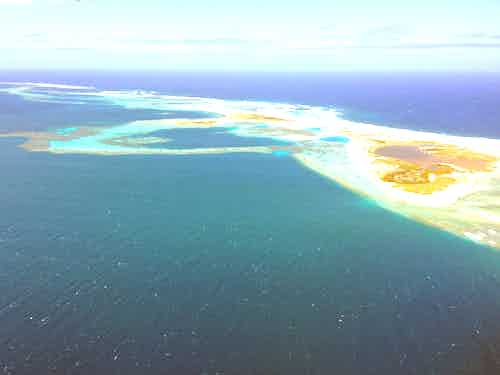 A quieter option is Watson’s Bay, also accessed by ferry, which pulls up at a lovely pub with lots of outdoor tables. Next door is Doyles, a seafood icon, established 1885, almost on the sand. Camp Cove, a small beach up the road, feels a million miles away. The kiosk sells great coffee, healthy snacks and smoothies. Tucked into Sydney Harbour National Park, it marks the start of the South Head walking track, with views to the city skyline.

The atmosphere is a refreshing feeling of freedom, but this state capital of New South Wales was once a convict colony, founded by the British in 1788. This historic site is now known as The Rocks, compete with cobbled lanes, old cottages and heritage buildings. Occasionally we’ll make the trek into town to check out the latest bar. Launched in the last year: Frank Mac’s (for cocktails), Le Foote (for craft beers and obscure wines), Hickson House Distilling Co. (for its own gin and hard-to-find whiskeys).

Perhaps we’ll check out an exhibition at the Museum of Contemporary Art, or the indigenous collection at the Art Gallery of NSW.

Gadigal Aboriginal people, the traditional custodians of this land, are less visible than you might expect. At the Royal Botanic Garden, a First Nations guide leads a walk along the foreshore (Thursdays, Fridays, Saturdays), telling stories about this ancient culture.

Beautiful at any time of day, these gorgeous gardens are entered through a gate next to the Opera House — unbeatable for a pre-show stroll, or a morning run, if you’re staying in the area, although traffic and parking can be a disincentive to visit here.

In fact, those who socialize in the CBD (Central Business District) tend to be office workers enjoying after-work drinks. They choose among world-class cocktails bars in basements (Maybe Sammy, Baxter Inn) or rooftops with a casual vibe (Old Mate’s Place, Glenmore Hotel). On a balmy evening, there’s always a buzzy atmosphere at Customs House Bar or Opera Bar, with one of the best vantage points on this planet, opposite the Harbour Bridge.

More often, we hang at the nearest pub to home, preferably one that serves good food. Some suburbs are more blessed than others and very welcoming of visitors. The most spectacular places to eat and drink in the ‘burbs include Icebergs on Bondi Beach, Coogee Pavilion, Catalina Rose Bay, and Hugos or the Skiff Club at Manly.

Taking a break from the city

We Sydneysiders like to escape as often as possible. A five-hour drive, north or south, is considered a short getaway. Among the closer options (less than two hours) are the Hunter Valley wine region or Blue Mountains, where bushwalks lead to canyons and swimming holes under waterfalls.

Then we join the hordes on the highway to head back home, while wondering what we’ll do next weekend. Probably something outdoorsy again, if the sun’s still shining.