Across rolling landscapes of the pear-shaped island’s southeast corner, fields of sugarcane unfurl in every direction. Just before harvest, the cane grows tall enough to impede route-finding along a tangled network of rutted roads. Signposts show that some of the roads have names — Golden Grove, Highway H, Wild Crane Ridge — but most do not.

Driving through a corridor of swaying cane, it doesn’t take much to get lost on your way to the island’s most ravishing scenery, as has happened to me here more than once. The last time, as my rental car bumped along one cane-lined track after another, I was waved down by a young lady holding a red umbrella to shelter from the midday sun. She asked for a ride to a nearby village, just down the road a bit, she said.

Traveling alone, I was unhurried. My destination was a natural attraction called Animal Flower Cave, located on the northern tip of the island.

“I’ve never been to it,” she offered. Although she knew of the cave, named for the sea anemones that inhabit its crevices, our short conversation revealed that she had never seen the northern parts of Barbados, despite having spent all of her 23 years on this modestly-sized island.

“But you’ll drive through Bathsheba,” she added. “That’s the most beautiful place I’ve ever been.”

A few minutes later I was dropping her off at a quaint chattel house where some of her family lived. I thought about the far-flung places around the world I have been privileged to experience and tried to relate living a life on this smallish island, barely 20 miles from end to end, a place this young resident was still discovering.

As she pointed me in the direction of Bathsheba, I knew it was time to delve into Barbados a little deeper.

Many cruise ships call on Barbados for a day.  But cruise lines that use the island as a home port tempt us with the possibility of adding a few days, pre- or post-cruise, to explore further, something I’ve enjoyed many times over the three and a half decades I’ve been traveling through and writing about the Caribbean.

If you’re comfortable driving on the left, I highly recommend renting a car to explore, as the island’s attractions are well-designed for independent touring. Fortunately, smart phones make route-finding easier than it was during my first visits to Barbados. But even if you drive with a map in reach, as I still do, pulling over to reconnoiter with the navigation every now and then, I can almost guarantee that someone will come up alongside to offer directions. And that’s the Caribbean sojourn you wanted: friendly and hassle-free.

As my hitch-hiking friend suggested, Barbados’ east coast — especially around Bathsheba — boasts the island’s most resplendent views. Catch it early, as the morning mist is lifting from the shore and you’ll probably spot surfers that ply the rolling Atlantic, dodging bulbous rock outcrops that pose like giant mushrooms planted in the sea. Amid this scenery you’ll find Dina’s Bar and Café, serving Bajan specialties such as macaroni pie and flying fish and served against a serene backdrop of waves and pulsing palms.

In the hills above Bathsheba lie several botanical sites of note, including Flower Forest, a mature, 53-acre garden located near Barbados’ highest point. Here, soaring cabbage palms rise over tended paths, while heliconia, torch ginger and orchids are often in bloom.  If you’re lucky, the exquisite jade vine will be radiating its turquoise charisma. Nearby, Coco Hill Forest is a more rugged spot for exploring on foot, filled with groves of bamboo, hundreds of royal palms and tree ferns. Also nearby is Welchman Hall Gully, which is managed by the Barbados National Trust and features areas left in their natural state, appearing much as the island would have to the early settlers. A feeding station for green monkeys ensures sightings of the local primates during morning visits.

The Barbados National Trust oversees other important sites on the island, such as 200-year-old Morgan Lewis Plantation, the Caribbean’s oldest, fully intact sugar mill.  When the sails are up, the mill is a memorable, transporting vision.  Although Barbados is not particularly large, in the days before vehicles and telecommunications, a series of signal stations were built to communicate the approach of enemy or cargo ships from north to south, as well as to warn of impending hurricanes and to manage the island’s internal security. The hexagonal Gun Hill Signal Station is the finest and best preserved of the six stations, open to the public and offering swell views and a small museum.

Built in 1660, St. Nicholas Abbey is one of only three Jacobian mansions found in the Western Hemisphere, and another site worth exploring.  Guided tours take in the history and antiques, as well as the boiling house where St. Nicholas Abbey Rum is produced. Steam train enthusiasts will enjoy the Abbey’s recreated rail excursion. Barbados had a 24-mile-long narrow-gauge railway that ran from Bridgetown up the east coast of the island until 1937, and remnants of the route can be spotted around Bathsheba. St. Nicholas Abbey laid a new track for a short ride from the Great House to the views offered by Cherry Tree Hill, plied today by a restored 1914 steam locomotive that was originally used on a Java sugar plantation.

Beyond the history and scenery, Barbados is not short on the chief attraction most Caribbean travelers seek: beaches. Unlike nearby volcanic islands, Barbados is a muted limestone massif, lacking the lofty summits that seduce rain clouds with any regularity (a location outside the traditional hurricane belt helps ensure major blows are few and far between). So, sunny days are a virtual given, and the limestone slowly eroding along the coasts creates a loamy halo of sand.

The local tourist board counts more than 80 beaches. Since I’d rather slide my feet into the silica than start a checklist, who am I to quibble? 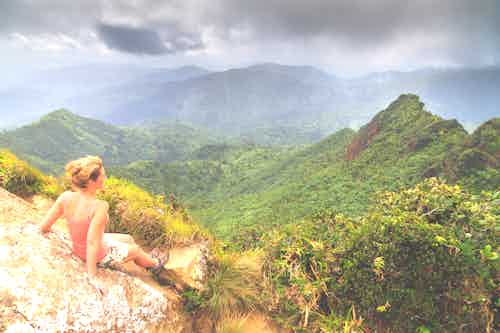 The Caribbean’s Wilder Side Showcases Magical Jungles, Waterfalls and Wildlife 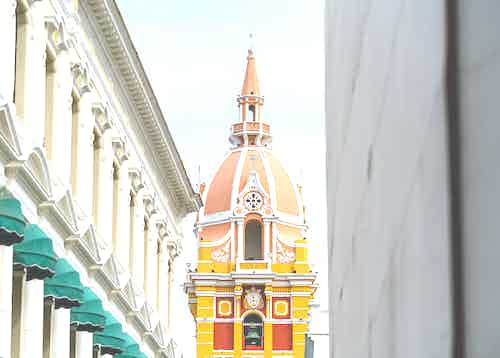 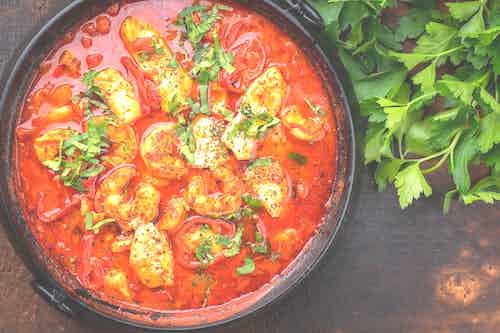 For beach connoisseurs, a Caribbean visitor can hardly find more a dramatic setting than Crane Beach. It was here that one of the island’s original hotels opened, in 1887, and today The Crane continues to offer windswept views from its clifftop perch overlooking one of Barbados finest beaches.

In addition to the spectacular Crane, other beaches worth discovering include nearby Bottom Bay, which is undeveloped, and you might have the shoreline all to yourself.  Silver Sands, also on the island’s south coast, is great for watching kite surfers.  The island’s east coast is generally too rough for swimming, but places like Bathsheba and Cattlewash are good for strolling and beachcombing.

The west coast has the most tranquil waters, and sandy shores are found all along its length. Just outside downtown Bridgetown, where cruise ships dock, is Carlisle Bay, a broad stretch of sand starting little more than a mile from the port.  The water is calm, and a few bars and restaurants offer beach loungers and umbrellas, but come just after dawn and you’ll probably find race horses being bathed along the shore.  Further north, Mullins Bay has a good combo of amenities and activities, but can be crowded when a cruise ship is in port.  Otherwise, most west coast beaches sit behind resorts, one of which you’ll probably be staying at (and note that all beaches in Barbados are public).

Barbados is blessed with some of the Caribbean’s best dining, with a trove of outstanding restaurants serving refined international and local specialties. My longtime favorite has been The Cliff, occupying a theatrical setting — a sea cliff surrounding a tiny beach, just large enough for a pair of imaginary lovers, sparked by torches to lend a magical, Tempest-like ambiance. Amazingly, the food lives up to the scene.

You’ll find top meals at The Tides, Champers, and the better resorts all offer fine dining, but don’t overlook Bajan cuisine during your stay. The most famous local seafood is flying fish — so named for how the little critters swoop over the ocean on wings. That fish is a staple of the island diet, served in some version in almost every restaurant, but Barbados-born chef Damian Leach, who helms the restaurant Cocktail Kitchen, says pudding and souse is his favorite local dish, one you’ll traditionally find served on Saturdays only (he recommends trying it at Lemon Arbour).

Cocktail Kitchen is a good blend of upscale dining with unpretentious ambiance, taking traditional island ingredients and recipes and elevating them with modern flair.  In 2016 Leach was named Caribbean Chef of the Year at the annual Taste of the Caribbean competition in Miami. If the young lady with the red umbrella showed me the world is as big as you make it, Barbados is an island that is eager to share its wealth of discoveries.