How Copenhagen’s Tivoli Gardens Changed the Face of Fun

A trip to Denmark’s capital Copenhagen is a wonderful discovery and a surprising one, particularly for travelers who assume that its world-famous Tivoli Gardens is just another amusement park for young families.

Here, in Copenhagen, you will want to cast aside any preconceptions that you might have about theme parks. Tivoli is as far from Disney’s omnipresent character as can be. For one thing, Tivoli is tiny compared to the Magic Kingdom – just 20 acres compared to Disneyland’s 100 (and the even more sprawling Disney World’s 25,000). Located in the center of Copenhagen, Tivoli is very much an urban park. When it was built in 1843, it was the pastoral countryside but as the Danish capital grew, the city ultimately wrapped itself around the park. And yes, while there are virtual reality games and roller coasters for the young, you’ll also find a much-loved vintage Ferris wheel that offers fantastic views of Copenhagen.

And yet for those of us looking for experiences of a tamer sort, the Flying Trunk ride – a genteel journey through Hans Christian Andersen’s 32 fairy tales – will put a smile on the face of even the most jaded of adults. Or jump into a swan-shaped boat and pedal your way across the lake, all the way back to childhood.

When Walt Disney was conceiving Disneyland, he visited Tivoli on a number of occasions. Disney’s vision of creating a “great, great playground for the children and families of America” stemmed from a visit to a carousel with his daughters many years before. It was upon seeing his girls enjoying themselves so much, while he enjoyed their enjoyment, that his theme park idea began to form. The idea became a reality in 1955, when Disneyland opened its doors in California. Yet the inspiration for his oeuvre began more than a century earlier.

The Tivoli Gardens were created in 1843 after founder Georg Carstensen suggested to King Christian VIII that an amusement park would help keep him on the throne. “When people are amusing themselves”, he said, “there is no time for politics”. Thus Tivoli Gardens were born (and King Christian kept his crown). It is the third oldest amusement park in the world (the oldest, Bakken is also in Denmark, while the second, Wurstelprater, is in Vienna, Austria).

The gardens were instantly successful. Although there were few rides, ticket prices were low, ensuring that everyone could enjoy the gardens, regardless of their social stature. Tivoli was a win – the locals were impressed, and kept coming back. Nazi occupation of Denmark during WWII meant that certain parts of the park were sabotaged and burnt to the ground, but these were quickly rebuilt post-1945.

Over the years Tivoli has kept up with the times. The Golden Tower, a turbo drop that sees people drop from a 207-foot height, opened in 1999, followed by the Star Flyer, a 260 ft. carousel-meets-watchtower in 2006. These high octane rides ensure that the younger generation is well catered for, yet Tivoli’s strength goes well beyond these modern attractions. In fact, some of the longest queues in the park are for Rutschebanen – or The Roller Coaster. Reaching up to speeds of 31 miles per hour, this 1914 wooden ride is not only one of the oldest coasters in the world but is also one of only seven in the world that employs a driver.

Live theater is a huge draw – as much for locals as for travelers. So iconic are the performances held in Tivoli that the garden operates four other concert areas, including the 1,660-seat Tivoli Concert Hall, with showcases that range from Danish musicals to a much-anticipated premiere of Hans Christian Andersen’s The Snow Queen. Global celebrities ranging from Tony Bennett to Lady Gaga have performed at Tivoli.

There’s the Glass Hall Theater for comedy shows and acts by singer-songwriters, and the Tivoli Ballet Theater for dance performances. In summer there’s an open-air stage, too.

If you imagine that amusement park fare revolves around fast food, that’s not the case at Tivoli. Dining is worlds’ away from the Magic Kingdom. First stop: Copenhagen’s five-star Nimb Hotel. Nestled within Tivoli, the hotel offers a variety of restaurants. Among them, Gemyse focuses on vegetable-based gastronomy by utilizing 100% organic and seasonal produce and Nimb Brasserie offers French cuisine.

All in, there are more than 20 sit-down restaurants (and plenty more casual eateries) within Tivoli Gardens and other favorites include Figaro, for its literally right-off-a-boat fresh seafood platters. Other favorites include Cakenhagen for decadent Danish pastries and Brdr. Price, for Denmark’s more traditional home cooking (and a beautiful, glass-enclosed ambience).

And if you’re in the mood for even more culinary variety, don’t miss the Tivoli Food Hall, filled with 14 stalls that emphasize a fast-gourmet approach to noshing. Hallernes Smorrebrod satisfies your craving for Denmark’s famous open-faced sandwich. Other choices feature Italian, French, Icelandic, Mexican and numerous Asian-influenced stalls. Some of the stalls sell cocktails and wine and there’s a common area of tables. 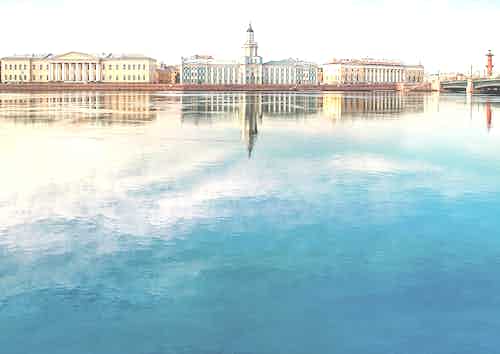 More than an amusement park

It is Tivoli’s authentic olde-world charm that is the secret to its success. The fusion of amusement park, botanical gardens, gourmet dining options underscored by over 150 years of history makes Tivoli so undeniably European, and light years away from anything you might find on the other side of the pond. And it is easy to see why Disney was so enamored with Tivoli.

Stroll to the centre of the park and you’ll find yourself surrounded by flowers and green open spaces – both of which are apparent in Bill Evans’ elegant landscaping work for Disney. Yet, while the Northern European precursor is every bit as busy as Disney, there is a sense of order and acquiescence that is sadly lacking from its American cousin. For me, having visited Tivoli so many times, accompanied on various trips by god-daughters, my husband, and friends I met onboard, this is the fundamental difference between not just Tivoli Gardens and Disneyland, but Tivoli and any other amusement destination in the world.