Traveling overland through the Patagonia grasslands and pampas impresses upon me the sheer scale of this mesmerizing landscape. My journey, via local buses, includes stopovers in El Calafate, close to the Perito Moreno Glacier; wool exporting center Río Gallegos; and Puerto Madryn, the landing spot of some of Patagonia’s earliest commercial sheep farmers.

As the miles roll by, bus windows seemingly become cinema screens offering changing scenes. I start to understand something of life in this harsh yet incredibly beautiful landscape. In the haunting emptiness of grasslands and pampas, I catch glimpses of modern ranchers with sheepdogs. True to Patagonia’s sheep farming history, they are working their flocks as they have for approximately 150 years.

Adapting to Life at the Extreme

Patagonia is a southern extreme lying between 39 degrees and 55 degrees south latitude. Spread over more than 300,000 square miles (777,000 square kilometers), the bulk of the region lies within Argentina, with the rest in Chile. The Andes form a geographical spine to the west. Moving inland, glacial fjords and beech forests give way to the treeless, semi-arid steppe. The skies are immense and ever-changing.

The importance of the sheep industry to Patagonia cannot be understated. Sheep are well-adapted to life here. They live alongside a menagerie of other hardy creatures that comprise the wildlife in Patagonia. I see guanaco, the doe-eyed llama look-a-like, and flocks of the flightless yet speedy relations of the ostrich called rhea. Sometimes shrubby plants shiver as a rodent, perhaps a Patagonian mara or a mouse opossum, scuttles through them.

Nature dominates, but there are hints of commercial activity like a farm workers’ shelter here and there or a house on a sheep ranch called an “estancia.” Patagonia’s sheep  breeds form a socio-economic foundation in the region, but they are not native beasts. Instead, domesticated breeds were introduced from other areas of Argentina, Chile and Europe in the late 19th and early 20th centuries.

The story of the Patagonian sheep farming boom is bound up with the colonization of the region. For thousands of years, Indigenous peoples, such as the farm-based Mapuche in the northwest, the Tehuelches on the steppe and the semi-nomadic Selk’nam (also known as Ona) lived in Tierra del Fuego, surviving by hunting and fishing. In the late 1800s, encouraged by land concessions offered by the Argentinian government, settlers began arriving from abroad.

Incomers from northern Europe set out to raise livestock in this raw landscape that bore similarities to their homelands. Arrivals such as a colony of Welsh immigrants who landed on the Atlantic coast in 1866, however, didn’t get off to a successful start. In their book “Grassland of Patagonia,” Andrés F. Cibils and Pablo R. Borrelli write, “They made little progress until 1885 when several horsemen rode west and settled as sheep farmers in the Andes foothills. The colony did not prosper until settlers managed to develop irrigation and learn basic farming skills.”

Daily Life on the Estancia

The settlers established themselves in time, and commercial sheep farms in Patagonia took hold. By the 1950s, there were over 20 million sheep in these grasslands. Indigenous cultures had been absorbed or wholly destroyed, and private land ownership was firmly established. Life on the steppe had changed forever.

Sheep farmers adopted the estancia system that continues to this day. Sprawling ranches, many of which have been in the same family for generations, are managed from the main ranch buildings called “casco central” where owners and workers live. The owner-family’s name is often painted on the roof, making ranches easy to identify from service aircraft flying in remote locations. Nowadays, companies are also in on the act and many own several ranches.

In some provinces, such as Neuquén, Río Negro and Chubut, farmers raise Merino sheep for their fine wool, which has helped Argentina become one of the top wool growing countries in the world. In others, like northern Santa Cruz and parts of Tierra del Fuego, the Corriedale breed abounds—nurtured for meat production.

Sheep farming in Patagonia is hard, but the lifestyle is now in the ranchers’ blood. Workers often rise in the dark, while the Milky Way and Southern Cross constellations are still high in the night sky. They pull on well-worn leather boots and heavy coats for protection—there are no trees to break the wild winds—and head out with their sheepdogs.

As members of flocks or roaming freely, their sheep can be scattered for miles around. Depending on the season, there are different tasks to carry out, including health checks, maintaining fences, shearing wool and preparing stock for market. Some workers will be on horseback, while others are on foot. But most will be clasping a warming mug of mate, South America’s classic infusion of dried yerba mate leaves.

The Future of the Patagonian Flock

Since the early sheep farming boom and mid-20th-century peak in production, numbers have fallen. By the early 21st century, there were only around 8.5 million sheep on 12,000 ranches with flocks of between 1,000 and 90,000 animals. 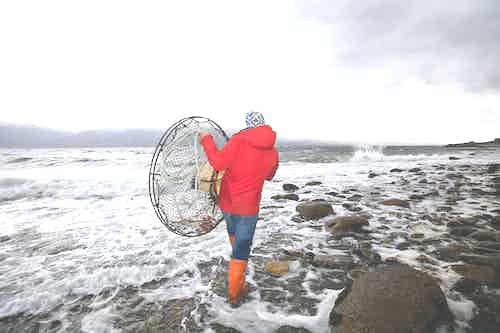 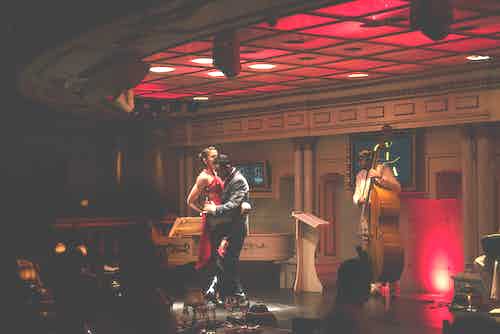 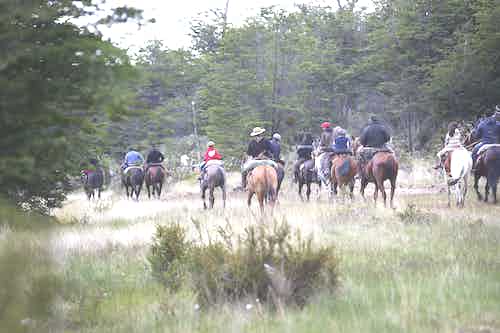 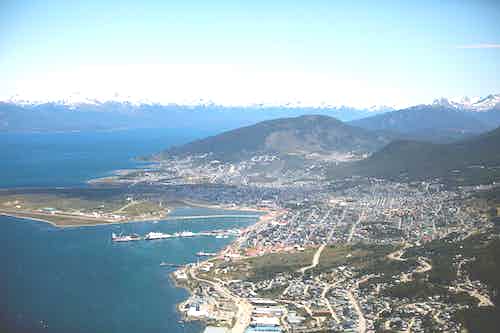 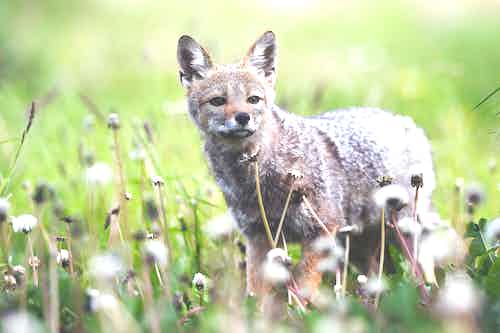 Factors responsible for the decline vary, but none is so dramatic as the eruption of Mount Hudson in 1991. This volcano in Chilean Patagonia showered ash and molten lava across the region, killing tens of thousands of sheep. Overgrazing has also impacted the local ecosystem, with woody plants replacing more edible grasses.

Despite the challenges, work is underway to secure the future of commercial sheep farming and the ranching way of life. There is also a movement underway to spur sustainable sheep farming in Argentina. Sustainable management systems, for example, have been introduced in a bid to restore pastures. Further, sheep farmers are a canny bunch. Many now welcome curious travelers onto their ranches, where they can try their hand at farming chores and taste local products.

The bus speeds north towards Buenos Aires. As I leave Patagonia behind, I think about how timeless the landscape is. This region also remains defined by adaptability and resilience. The guanaco, rhea, sheep and ranchers are all connected by their hardiness. All, unbelievably, can survive and thrive together in this extraordinary environment.