The beauty of the muezzin call rings out loud and clear. The sun kisses Petra’s pink walls. A lone camel herder crosses the Wadi-Rum desert. And so begins another day for our master photographer, Steve McCurry.

Jordan was the 21st destination that McCurry visited with Silversea. His travels had so far taken him from Papua New Guinea to the Arctic, yet despite his long-standing love affair with the Middle East, he had yet to visit the region with us. And so, in February 2019, he set off to unravel Jordan’s secrets using his unique visual language. His aim? To take images that would describe Jordan’s captivating pull as a travel destination for those who thirst for cultural opportunity.

Arriving in Jordan’s capital, Amman, Steve (and camera) took to the streets to experience the surrounding local life. What may seem mundane to some is Steve’s raison d’etre. He soon found what he was looking for – rare scenes that define a sense of place: a woman quietly reading in a café, another smoking… perfectly capturing these unguarded moments is what made Steve McCurry a household name.

All too soon it was time to move on to the jewel in Jordan’s crown: Petra. Believed to have been built as early as 500 BC, the pink city had remained hidden from western eyes for centuries. However, a chance discovery by Swiss explorer John Lewis Burckhardt in 1812 brought worldwide fame to the area, catapulting Petra from a lost city to a bucket-list must-see. But, this was not the side of Petra that interested Steve. What he wanted to see was the slice of life that transpires away from public gaze.

Sitting quietly, he waited for the city to still, capturing some of his most eloquent images to date. Always searching for more, he ventured into the surrounding desert to get a sense of the “biblical scenes” that are the foundations of the lost city. And, in doing so, he found more than he expected: a Bedouin encampment with nomads clustered around a fire. Once again, Steve’s instinct proved right; as photographer for the curious traveler, Steve really is a master of his art. 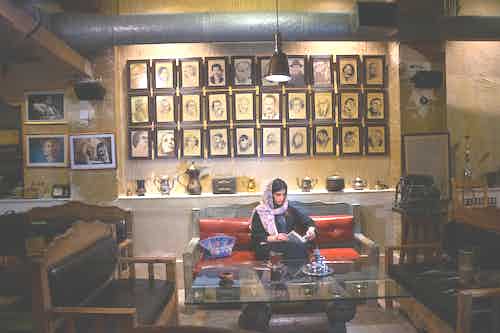