Expeditions to West Africa seem to enjoy a rhythmic soundtrack; in countries like Benin, Togo and Ghana, communities are drawn together by the beat of drums and musical melodies distinguish a rich culture. In late 2017, the contagious pulse of West African song vitalized the spirit of Steve McCurry, who visited this transformative destination with Silversea. The great photographer was welcomed by kindhearted people, an enchanting sense of spirituality and a defined set of traditions, as he indulged his passion for adventure in this colorful corner of the world.

Sometimes, the path less traveled can be challenging and this could certainly be said of West Africa. Yet, for McCurry, his experience in the destination remains among his most rewarding to date. The region’s biggest draw is perhaps the beauty of the people’s collective soul, which flourishes as brilliantly as the magnificent landscape here. McCurry was fortunate enough to personally connect with local residents and learn firsthand about their culture and day-to-day life. He particularly enjoyed the Egun mask dancing in Benin.

Both intimidating and mesmeric for the first-timers, Voodoo exorcisms also featured on McCurry’s itinerary. In Lomo, Togo, among other places, people still practice Voodoo with fervor; the religion has been passed down by generations and sees communities gather for ritualistic ceremonies. Believers immerse themselves into a trance-like state, experiencing an insensibility to pain as the spirits are invoked. These are complex ceremonies, enshrouded in mystery and tradition. They represent West Africa’s fascinating cultural identity. After beholding many facets of West Africa, Steve McCurry left the region with wider eyes and a renewed appreciation for the diverse beauty of our planet. 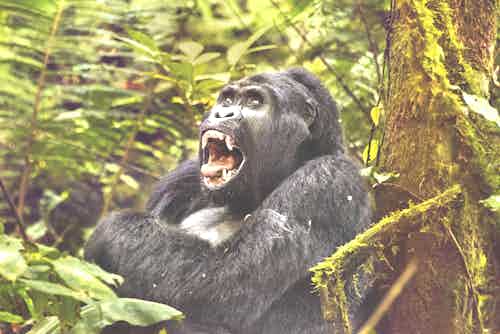 The Virunga Mountains of East Africa by Steve McCurry