Observing Iceland’s night sky light up with a spectacular green celestial display is something many skywatchers hope to witness when travelling to the land of fire and ice.

Lucia Griggi, Silversea’s Director of Onboard Photography, was in the right place at just the right time to film the Northern Lights here, which have always been on her wishlist of natural phenomena to capture on camera. The mystical moving waves of light of the aurora borealis can be notoriously tricky to film, but she managed to film their splendor.

“The highlight and the stand-out moment for my Iceland journey was the fact that I’d never seen the Northern Lights properly before. We had some really good weather charts for it so we chased them,” says Lucia.

“I ended up being at a glacier lagoon, high up and in front of the glacier and it was just amazing. I’d hiked up to this hut which I used in the foreground, then the lights just appeared from nowhere and it is literally like a dance.

“I’ve always read up on it but when I actually saw it in real life, it was just consuming. I was in awe of the beauty of something I’d never really seen before. Plus, that fluorescent green is not often a color that appears in the sky, so it’s something you don’t shoot that much as a photographer.”

Iceland is brimming with geological marvels and dazzling landscapes in addition to the glory of the swirling aurora borealis. Lucia admits that its harsh yet striking conditions are what make it so unique for photography. 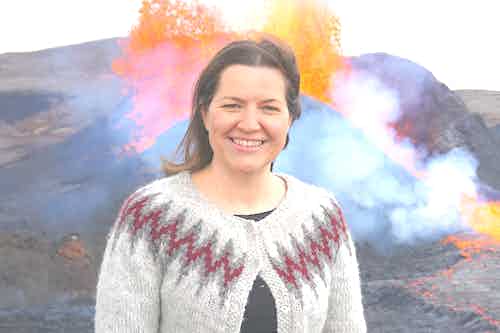 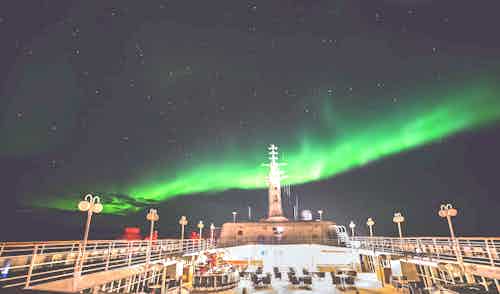 Nature’s Fireworks: The Science Behind the Northern Lights

“With Iceland, the most overwhelming part of it is that it’s so extreme,” she explains. “So you can go from fjords, volcanoes, gigantic cliffs and waterfalls, through to floodplains, glaciers, meadows and then lava fields. You’ve got about three or four countries all in one. From a photography point of view, everything is on your doorstep which really makes it something else.

“The weather is also so unpredictable, so from a photography standpoint that can be somewhat challenging, but it also keeps it very exciting. It really keeps you on your toes.”