A Virtual Tour of the Outer Hebrides Islands of Scotland, by Victoria Salem

With Silversea’s “Let’s Get Enriched” series, you don’t have to be onboard to feel your mind expanding into fascinating new territories as expedition and enrichment team members offer short takes on their favorite topics. Curious about the enchanting Hebrides Islands of Scotland? British historian Victoria Salem takes us on a virtual tour of the Outer Hebrides, a fairytale-like land off the western coast of Scotland. Click here for Salem’s lecture on the Inner Hebrides Islands.

“The Hebrides Islands just off the coast of Scotland are among my favorite places in the world,” says historian Victorian Salem. “Silversea Expedition ships have taken me to the Outer Hebrides a number of times over the last 10 years and more”. Comprised of more than 100 islands and islets, 15 of which are inhabited, the Outer Hebrides are one of the most fascinating sites in the British Isles and a frequent destination of Silversea’s expedition cruises. Salem focuses on two main areas: the island of Lewis and the archipelago of St. Kilda. The latter is located about 100 miles (160 km) west of mainland Scotland 40 miles (64 km) from the nearest land.

What’s so intriguing about the Outer Hebrides Islands of Scotland? 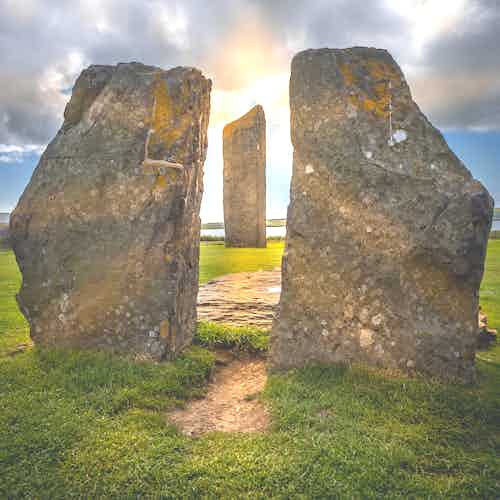 Victoria Salem has always been fascinated by the colder places on our planet and has been traveling in Northern Europe, the Arctic and Antarctica regularly for the past 10 years. She has worked in expedition cruising for 15 seasons at both ends of the Earth and some places in between, focusing on history, culture and exploration. She specialized in Old Norse literature and Viking history at undergraduate level and holds a Graduate Certificate in Antarctic studies from the University of Canterbury, Christchurch, New Zealand.

Since graduating from Cambridge University with a degree in Anglo-Saxon, Norse & Celtic/English literature, Victoria has lived and worked in seven different countries, though her home is now in London and Hastings, UK; when on shore, she enjoys working as a volunteer guide in art galleries, conservation centers and history museums. Her hobbies include travel (in all continents), choral singing, reading & theatre.