Around the World in 60 Cocktails: Harvest

Although roughly 95% of Egypt is desert, the annual flooding of the Nile Valley made it one of the most fertile areas of the ancient world. Presently, the Nile Valley and Nile Delta support 99% of the country’s population, including Cairo, Africa’s most populous metropolitan area.

Ancient Egyptians ascribed the annual flooding of the Nile, and the river itself, to the fertility god Hapi. The river would flood every year, covering areas with rich thick silt and mud resulting in rich & fertile farmland. Evidence from hieroglyphs shows that Egyptians used their farmland to grow a number of crops including figs, grapes, raisins and dates, ingredients that can be found in our soothing rum sour cocktail.

Since the time of the Pharaohs, the fig tree has been a mainstay in Egyptian cuisine, and adds flavor and texture to our recipe. Grapes are present in Pedro Ximénez sherry, also laden with dried fruit flavors. Though hailing from the Caribbean islands of Jamaica and Puerto Rico, the combination of Smith & Cross and Bacardi rums contribute powerful notes of spices. All these flavors are harvested to distill a refreshing evening cocktail. 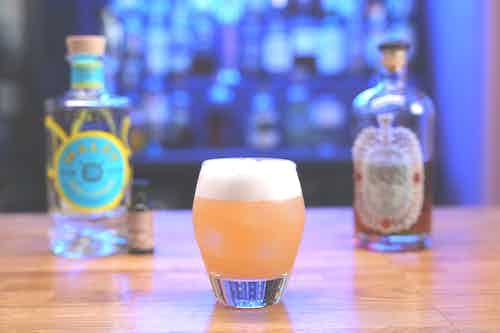 Around the World in 60 Cocktails: Lion Heart 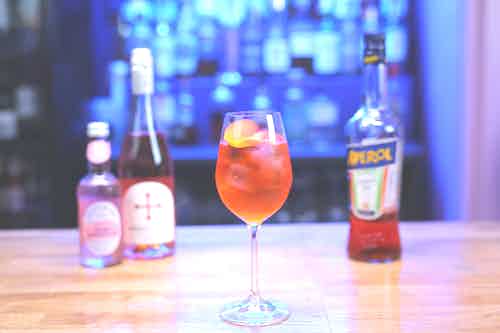 Around the World in 60 Cocktails: Rose City