Some lunches are just more memorable than others. Sometimes it’s the food; sometimes, the view or the conversation. And sometimes, though rarely, it’s a combination of everything—of people and place, flavors, sights and smells—that you know will stick with you forever. I was lucky to have a lunch like that last fall, while traveling through Albania to record an episode of the S.A.L.T Lab Radio podcast.

First there is the setting. The old village of Tragjas I Vjettër was never easy to reach—even before being very nearly bombed off the map by Nazis in 1943. Those who survived the demolition fled to the coast below and rebuilt there, leaving its Ottoman-era stone houses and lanes a mountain-top ghost town, reachable only by a vertiginous, unpaved and mostly unmarked road.

Then there was the company and our hosts. Fejsal Demiraj and Nikolin Kola are co-founders of RRNO a non-profit group that seeks to preserve, protect and celebrate Albania’s culinary heritage. Fejsal is an Albanian-American, whose grandfather was a freedom fighter, eventually escaping the rule of dictator Enver Hoxha and moving the family to New York in the 1970s. When he’s not spreading the gospel of Albanian cuisine, Fejsal works as a sous chef at Noma, in Copenhagen, generally considered one of the best restaurants in the world. In whatever time he’s got away from the restaurant, he and Nik have been traversing the country, tracking down and transcribing recipes, meeting winemakers, farmers and grandmothers, doing their best to create a living record of the food of their homeland—past, present and future.

With my co-producers Howie, Rob and I in the back, Nik at the wheel and Fejsal navigating and narrating, we drove south from Tirana. After a few hours following the Adriatic we found the dusty, rocky path up to the mountains. Before reaching the stone walls of the abandoned village, we pulled off to meet up with a good natured goat herding, flute-playing farmer named Sofo and his wife Dhurata. In addition to running a fully self-sufficient farm on the side of this remote mountain, they have an airy pavilion, open on three sides, where they invite guests to eat Dhurata’s elemental, exceptional cooking while overlooking the expansive view of the coast below, the boot heel of Italy just beyond view across the shimmering blue Strait of Otranto. (From higher up the mountain you can see Bari).

The view from Sofo and Dhurata’s was, in the language of the Michelin guide, worth a detour. Though nothing could be farther from the world of white-tablecloth gastronomy than this open air perch on a hardscrabble working farm. And our pre lunch walk through the remnants of the serenely quiet old stone village was moving and a little surreal and definitely worth the bumpy ride up. But all I really wanted to do was spend time in Dhurata’s remarkable kitchen.

I like all kinds of kitchens. And while I’m as impressed as anyone by some high-end kitchen gadgetry and the broad, gleaming surfaces of a fancy professional kitchen staffed by a well-trained brigade, this was something else altogether. This was beautifully elemental and archaic in the best possible way, cooking unplugged: a detached shed, with no visible electronics, powered only by wood and charcoal fires, hand-made covered pots bubbling over coals, sunlight from the ceiling cutting through the fragrant woodsmoke in golden beams. Dhurata’s deft and dexterous expertise was clear in every move she made: tending to multiple fires, effortlessly flipping over a giant byrek, a flaky pie stuffed with wild greens, in a pan roughly the diameter of a hula hoop.  In one corner of the kitchen, there was a large goat-skin sack, filled with goat’s milk that had fermented into an intensely tangy cross between a cheese and yogurt that tingled deliciously on the tongue when Dhurata ably scooped out some for us to sample. 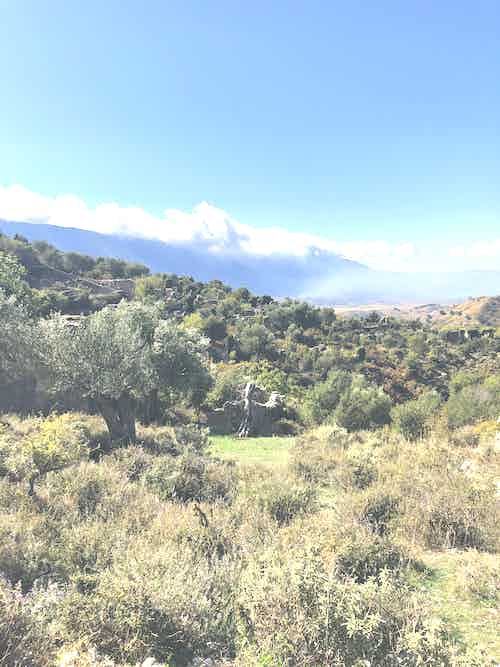 How Can S.A.L.T. Lab Radio Open Your Eyes to the Enticing Albania? 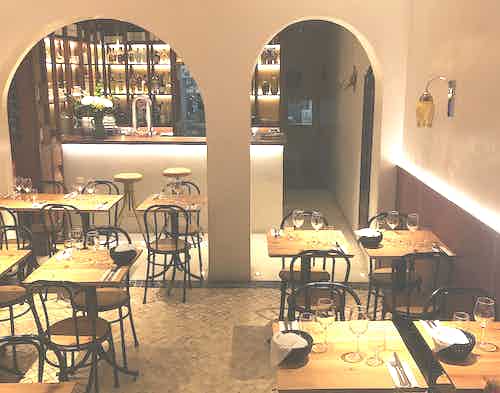 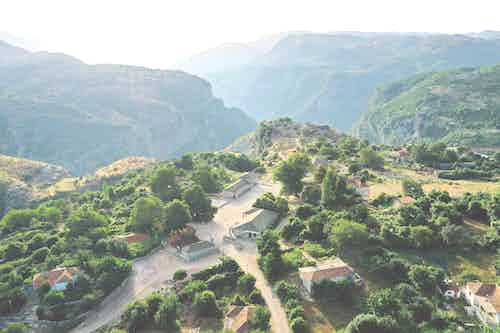 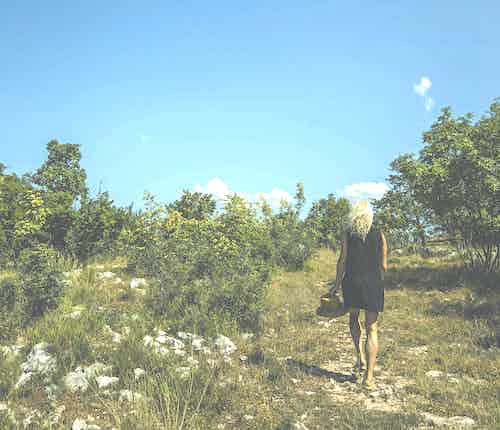 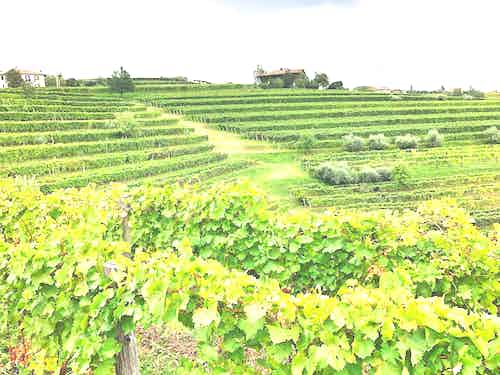 And how was the rest of the food that came out of this exceptional kitchen? Simply but perfectly executed, muscularly flavorful, unforgettable, really. Goat, butchered when we’d arrived and set to cook with a little milk under a metal cloche covered in hot coals, called a saç, was tender, deeply flavorful, as good as any I’ve had. The byrek was layered with foraged nettles, sorrel and purslane, the taste of the mountain wrapped in buttery pastry dough.

After lunch we toasted our hosts and good fortune with local moonshine and Sofo played us out with melancholic folk songs on the flute. More meals and adventures lay ahead of us in Albania and beyond. It was time to descend from this side of the mountain, though we didn’t want to. It seemed there were more lessons to learn in Dhurata’s kitchen. Every memorable meal is a gift, especially those tied to a particular place and time. And while we’ve been lucky to partake of a lot of great meals in the course of recording this show, some composed of more courses, made of more typically luxurious ingredients and served in much more formal settings, none was more singular than the dreamlike Albanian feast we enjoyed at Sofo and Dhurata’s in Tragjas.

How could they compete?