*This story was originally published on Discover in late 2020. We have since updated the content to reflect the latest developments about the crew fundraiser Silversea’s return to service.

It was early March in Manila, on Silversea Cruises’ 2014 World Cruise, but it might just as well have been Halloween Day. Standing on Silver Whisper’s gangway, longtime Silversea guests Steve and Janet Randall gleefully distributed handfuls of candy to the crowd, composed of children, spouses, parents and other relatives of the ship’s crewmembers, who’d come to visit the ship. A call in Manila, where many of Silversea’s crew have families residing, always feels like a holiday. Of all the stops in the 113-day itinerary —and there were 54 destinations across 32 countries— Steve Randall recalls the visit to the Philippine capital as the most memorable and overwhelming, so much so that he would repeat it year after year on subsequent voyages.

“The tradition of handing out candy was started by The Buckleys, longtime Venetian Society members. For some reason, chocolates are very expensive in the Philippines, so we brought a bunch of cartons on board for this very occasion when family members and even crewmembers on leave were invited to visit the ship,” says Randall.

For the Randalls, this gesture was a small token of the appreciation they feel for the crew. Having sailed with Silversea since 2000, and accumulating along the way 1,670 Venetian Society sailing days, the couple knows all too well that these devoted men and women are the reason they keep coming back. And in late 2020, as Steve and Janet await the opportunity to set sail again, they masterminded another significant gesture: establishing a fundraiser to benefit Silversea crewmembers during the global COVID-19 pandemic.

The effort, launched as a GoFundMe campaign on December 21, has raised more than USD $239,000 to date thanks to contributions from dozens of guests, employees and friends of Silversea. On top of that, Silversea Cruises has pledged to support guests’ efforts, donating an additional USD $70,000 to the cause.

“Silversea’s crew is the lifeblood of our cruising experience,” says Randall. “I feel there is a unique relationship that has always existed between the guests and the crew; we are a huge extended family.”

We caught up with Steve Randall to talk about this extraordinary effort.

Did you ever imagine you’d raise close to a quarter of a million dollars?

Not in our wildest dreams did we expect the response we received. It just goes to show the special relationship Silversea crew has with its Venetian Society members.

For 21 years, you’ve traveled practically all over the world with Silversea. How would you describe the crew?

They are just wonderful people. During the 21 years that my wife and I have been sailing with Silversea, we’ve formed very personal relationships with many crew members. I relate Silversea and its crew to a family business. One of the things we’ve probably all experienced is being a customer or a patron of a family business. The way the crew conducts itself, it’s like everybody is a stakeholder and they always foster a “welcome home” environment. The longevity of some of the people that have worked with Silversea is astounding; some of them are second generation crew members. I’ve always felt that there is a unique relationship that has always existed between the guests and the crew.

How did this fundraising effort come about?

It has been an interesting journey. Obviously over 21 years, my wife and I have met a large amount of crew. Reading constantly the trials and tribulations of what’s going on in the cruise ship industry, and staying in touch with many crew members via social media and text messages, we wanted to do something to help. I’m in constant communication with Fernando (Barroso de Oliveira, Silversea’s Senior Cruise Director & President’s Ambassador to the Venetian Society), and in one of those conversations we talked about the difficulties that our crew member friends face while the ships remain grounded.

And as we reminisced about the friendly faces we’ve come to know over the years, Fernando mentioned all of those crew members that no one ever sees. We all know the butlers, the waiters, the maître d’s, etc., but what about the people behind the scenes that get no notoriety, like the dishwashers or the laundry workers? So that got me thinking that this effort should be universal, following a fair system of fund allocation that is based on income, starting with the lowest tiers. I then researched platforms that could provide this service and I ended up selecting GoFundMe. As a longtime marketing person, I basically knew my way around the platform, so it was a good match.

What I didn’t know was what the response would be.

How has it been?

When we launched the campaign, my wife and I decided to donate $500. Not that we were expecting that to be the average donation, but what happened afterwards was truly inspiring. After 21 years and seven world cruises and knowing so many people, I obviously have my own stable of Silversea guests that I reached out to, and they all matched and even exceeded our donation.

We hit USD $10,000 in just six hours! Initially, we set the fundraising goal at $80,000 and we’ve continued to raise it as we’ve surpassed the benchmarks.

I also wanted to make sure people could donate anonymously. One of the reasons for this is to send the message that no donation is too small. One of the approaches I used to try to stimulate the donors was to send them out information about what $250 USD buys in the Philippines, for example. With the current exchange rate, you get approximately 12,000 Philippine pesos. And for a little over 400 pesos, they can get a bus transportation pass for an entire month.

The other reason why I wanted to have an anonymous donation option is that there are some high-profile people that have donated, for example, $1000. While I make certain that every donation is responded to, I make a point of saying that we will of course honor your anonymity.

Have you heard back from crew members who have benefitted from this campaign?

Yes, we’ve received a tremendous amount of text messages thanking us for this effort, and not just from people that have received aid. One person said they went to the church and told the monsignor about the effort, and they are saying a special prayer. Another one sent me a message saying that they are working on a t-shirt for my wife and myself. There isn’t a day that goes by that we don’t get a thank you note. And I tell them, don’t thank us. My wife and I may be the campaign organizers, but the people to thank are the people that you have served for all of these years, and that’s the Venetian Society members.

And what have you heard from other Venetian Society members?

My wife is the person who constantly keeps up with these Facebook messages. When we do the postings on the Silversea Passengers Group, she is always responding. And they come in all day long, from other VS members thanking us for organizing this. Some people will come in with suggestions; it’s great.

What are some of the challenges you have faced?

One thing that has been challenging is delivering the message beyond what I like to call the “World Cruise constituency.” Because of the large percentage of repeat guests on a world cruise, having been on seven of them consecutively, I literally see 70 percent of the same people all the time, and while these dear friends have generously supported the cause, my hope is to be able to reach beyond this constituency.

So I’m looking forward to reaching out to those folks who have maybe traveled a few times with Silversea or prefer shorter cruises, because I know for a fact that these people have also developed personal relationships over the years with crew members and would like to help.

Also, another challenge we’ve faced is that there are so many people out there who avoid Facebook or don’t have any exposure to Facebook at all. So, I’ve been trying to encourage people to share the GoFundMe link via email. And thankfully that has been successful. 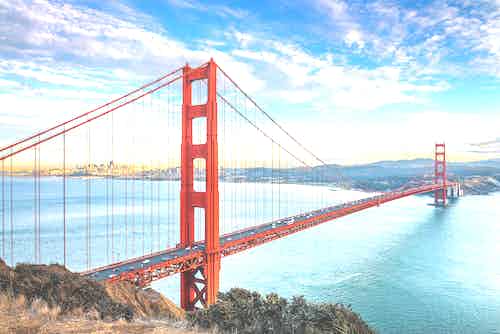 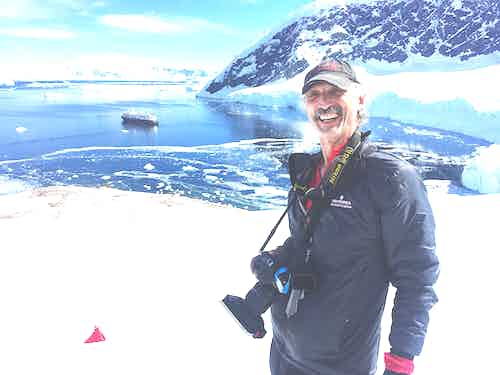 Now that Silversea has returned to service, what are your future plans for the fundraiser?

The GoFundMe campaign appears to have run its course. I will not close it down quite yet as we continue to watch the effects of the Delta variant and other potential variants on the resumption of normal operations.

Would you like to help? Visit Steve and Janet Randall’s GoFundMe page to support the fundraising efforts.