As enthusiasts of both wine and travel will agree, learning about a region’s wine culture significantly enriches the experience of a destination. Oenology and culinary exploration allow curious travelers to delve into the essence of a place. By tasting different wines and learning the different terroirs and methods of production while on wine voyages, we expand our knowledge on a destination’s geography, culinary customs and even its history. Stories around wine weave a vibrant tapestry of a region’s culinary heritage.

When it comes to fermented grapes, all Silversea guests have an unprecedented opportunity to sample a wide variety of bottles. “Luxury is embodied not just by quality but by choice,” states Silversea’s Wine Ambassador Lawrence d’Almeida. With that in mind, he relies on his many years of expertise to curate Silversea’s collection of approximately 160 different wines and always adds local selections when relevant to visited destinations.

Choosing Bottles from the Complimentary Selection

With roughly 70 different labels, Silversea’s complimentary selection is lauded by wine experts as perhaps the largest and broadest aboard any cruise ship. “It’s available to all guests at all times⁠—there’s no need to open a wallet or sign a receipt,” d’Almeida explains. “Since Silversea really does sail all seas, I aim to have the 11 most important wine-producing countries represented on the complimentary selection.” To complement the world’s most iconic wines, d’Almeida includes many unsung heroes and characterful favorites in the cruise line’s wine program. Here are a few of his favorite selections:

From the United States, Greystone Cellars makes the cut with lesser-known red grape Petite Sirah that produces a wine bursting with fruit and characterized by structure and perfect balance. “This spontaneous crossing of two native grapes in France made its way to California to become a hidden gem,” he says. “As an under-appreciated California grape, it’s hidden from view amid the ocean of Cabernet Sauvignon. It’s so named because its leaves resemble those of the Syrah grape, only smaller.”

Recognizing the popularity of Sauvignon Blanc, d’Almeida includes a label from Australia, alongside ubiquitous New Zealand. “Australia has, by necessity, always made warm-climate wines, producing big, alcoholic reds and bold, structured whites.” Until recently, Australia’s wine lovers most often turned to the island nation for variety in the way of elegant, light-structured cool-climate wines. “Now the new frontier is Tasmania, an enchanted island which is quickly becoming Australia’s answer to its Kiwi neighbor,” says d’Almeida. “This crisp Sauvignon Blanc is reminiscent of, but not identical to, the famed and ubiquitous Marlborough variety.”

Also, at the forefront of trends, there’s the Vallegre Reserva. This dry red table wine hails from Portugal’s Douro Valley, which is arguably the world’s most spectacular vineyard landscape and where Port has been made for centuries. “The wines are made from blends of innumerable grape varieties, with officially 82 ‘permitted’ grape varieties,” explains d’Almeida. “Today, as Port consumption has greatly declined along with all sweet wines generally, those same grapes produce more dry whites and reds which are taking the wine world by storm.”

As an homage to the cruise line’s heritage, d’Almeida highlights Italian wines in particular. “Italy makes wine with a greater variety of grapes than any other country by far, and surprisingly makes as many different white as red wines,” he says. “This Friulano, a grape native to Italy’s far North-East, represents the extraordinary wealth of native Italian wine grapes.”

One could drink solely from the Complimentary Program and disembark from a Silversea cruise contented. Guests looking to elevate their experience with a deep dive into icon wines, however, should explore the Connoisseur List. The Wine Ambassador ensures the number of different wines, ranging from the famed châteaux of Bordeaux to the best of Napa Valley, remains unusually high as evidenced by his selections below:

Guests with a penchant for finer tastes will frequently order structured, age-worthy reds. In Spain’s famous Ribera del Duero known for big, structured Tempranillo-based reds, d’Almeida highlights Vega Sicilia. “Ask any wine expert or serious connoisseur which the best wine of Spain would be, and in unison, the answer would be: Vega Sicilia Unico,” d’Almeida proclaims. “Vega is the oldest fine red producer and stands out for extraordinary attention to detail.” As evidence: the unparalleled Unico 2005, a brawny Tempranillo-based red built for the cellar. The Wine Ambassador’s reverence for its quality is unwavering: “Reds don’t come much better than this anywhere on the planet,” he states. 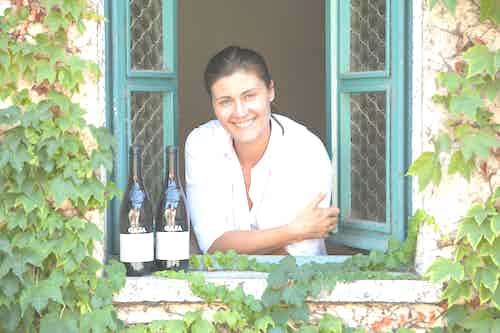 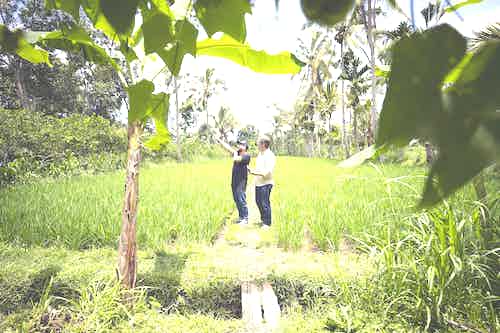 But d’Almeida doesn’t serve only power and tannin. The whites, particularly the exquisite Burgundies, represent the synergy of vintage and producer. “Burgundy is the winemaker’s El Dorado, and no prestigious wine list is without a selection of the region’s exquisite Chardonnays and Pinot Noirs,” he explains. Clos de Vougeot, the largest single vineyard with a walled enclosure of 125 acres (50 hectares) and more than 80 owners, is legendary “The venerable house of Jacques Prieur is one of its most renowned producers,” d’Almeida declares.

No list of the world’s greats could eschew Sauternes house Chateau d’Yquem. The Grand Cru 2006 is a liquid jewel of dried apricot, honey, and spiced nuts. “Like other luminaries before and after him, Thoms Jefferson got it right: Château d’Yquem is the greatest sweet wine in the world,” states d’Almeida. “Laboriously made with botrytis fungus, the ‘noble rot’ that nature provides, it has been called not wine but…nectar.

With another selection from Friuli, guests can taste Vintage Tunina 2015 by Jermann, one of the region’s best producers. “The Friuli region of Italy has long been considered the region that is producing Italy’s greatest white wines,” says d’Almeida. Among these, one of the greatest is considered producer Jermann’s ‘Vintage Tunina,’ a blend of local and international grapes which produces a wine of supreme complexity and balance, which ages exceptionally well, as only great wines can.”