After spending several days in Alaska, I soon discover that the best way to see the state is by floatplane. So I take to the sky on an Alaska flightseeing tour. For 90 minutes, I get to see parts of Alaska that aren’t readily accessible by car or ship. Everywhere I look, icy crags jut out from the frozen landscape with chasms of electric blue and downy white towering over the ice like skyscrapers. I’m nowhere near a major city, however. Instead, I am on an Alaska seaplane tour and gliding above the Knik Glacier in south-central Alaska.

Considered a National Natural Landmark by the U.S. National Park Service, the Knik Glacier is one of the largest glaciers in Alaska. It stretches about 25 miles (40 kilometers) in length and 5 miles (8 kilometers) in width. To the west, Anchorage is only about 50 miles (80 kilometers) away. That accessibility makes it one of the most popular glaciers to visit in the state.

As I gaze out the floatplane’s window, there’s nothing but snow and ice as we swoop back and forth above the vast frosted wilderness. The crystal blue sky, absent of a single cloud, serves to emphasize the pristine brightness of the ground below. Part of me yearns to explore the glacier on foot, but I recognize that observing this majestic expanse by Alaska flightseeing tour is the best way to experience it.

For many first-time visitors to Alaska, seeing one of its more than 100,000 glaciers is at the very top of their to-do lists. Luckily, there is an endless assortment of Alaska air tours to these majestic wonders. The only thing you need to bring is a camera and a sense of adventure.

Getting a Bird’s Eye View via Alaska Flightseeing Tours

I booked my 90-minute floatplane tour through Rust’s Flying Service, a family-owned outfitter based out of Lake Hood Seaplane Base near Ted Stevens Anchorage International Airport. But tour options are practically endless for anyone interested in seeing Alaska’s glaciers and sprawling scenery from a bird’s eye view. I chose Rust’s because it has been offering Alaska flightseeing tours for more than 55 years. It’s also an approved concessionaire by the National Parks Service and has an excellent safety record—so I knew I was in good hands.

My tour begins at Lake Hood Seaplane Base, where bush planes whisk away adventurers and land in the wilderness. From there, the pilot takes them on a short four-wheel-drive ride along a beach in search of bears in their natural habitat.

Others focus on exploring Denali National Park and Preserve’s six million acres by air. These trips include a breathtaking journey above North America’s tallest mountain peak, which towers at an impressive 20,310 feet (6,190 meters) over the icy tundra. Depending on the time of year, passengers are likely to see bears, moose, caribou, sheep and other wildlife, as well as the Alaska Range, glaciers, braided glacial rivers and other geographical wonders.

“The benefit of seeing Alaska by air is that you can see things like glaciers from above and large herds of animals, such as the caribou migrations [during the spring and fall],” explains Eleanor Bryant, an expedition expert with extensive knowledge of Alaska. “You can see farther, faster, and cover more ground, allowing for more wildlife spotting of wolves, bears and more. On a rare occasion, you may even be able to see a wolf pack hunting.”

I keep my eyes peeled for wildlife while sitting in the co-pilot’s seat of the floatplane. The pilot, Paul Norden, points out a cabin in the distance that’s apparently a popular destination for overnight adventurers. Nestled on the glacier, it looks like a small black speck in a sea of ivory. 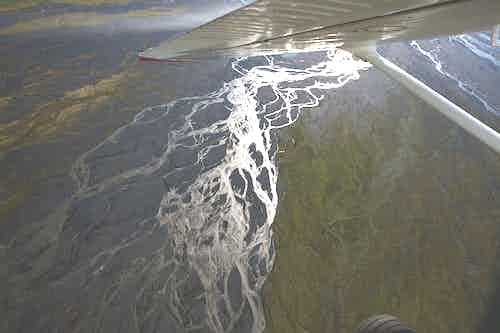 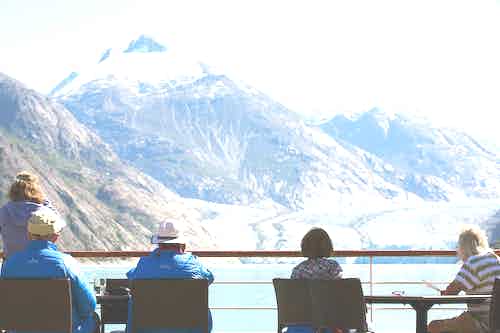 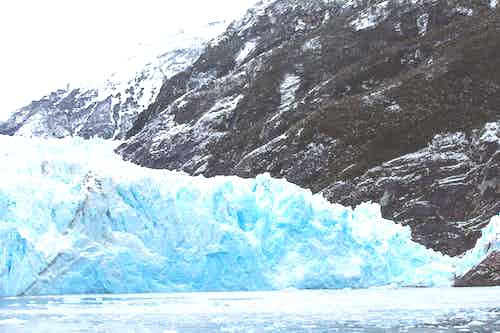 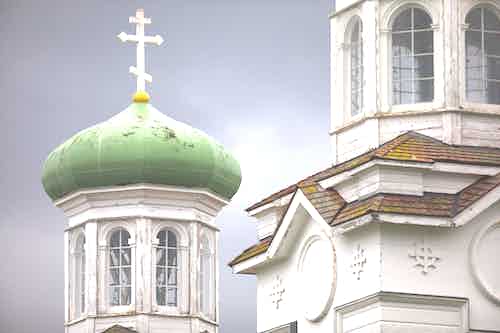 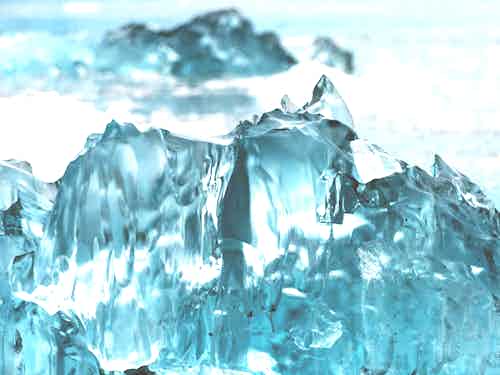 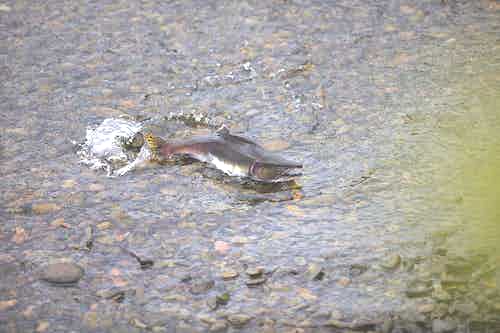 In every direction, we are surrounded by an immensity not seen anywhere in the contiguous United States. I juggle between snapping photos with my phone and digital camera. But, more often than not, I stare quietly out the window at the glacier whizzing by beneath us. We continue on our journey, gliding above a massive stretch of icy crags. Their striations become more and more exaggerated as we approach, only to reveal hundreds of chasms standing at attention like a battalion of soldiers.

As Norden maneuvers the plane back in the direction of Anchorage, we speed past one final gaping fissure of ice before the terrain slowly gives way to rolling grasslands and streams. I spot them as we descend closer to land—a herd of moose rambles through the tall brush and a trio of Jeeps crisscross behind them to capture the perfect photo.

As I lift my camera to the window and look through the viewfinder, I stop myself mid click. I realize that I’ve already taken the best photos of the day. With that thought in mind, I sit back in my seat and watch as the astonishing Alaskan landscape passes by the floatplane’s window.