Bravely pioneered by the legendary explorers of yesteryear, the Northwest and Northeast passages are among the world’s most intrepid voyages. These remarkable expeditions journey into the furthest reaches of the Arctic Circle and chart the isolated waters of both the Russian and North American high Arctic, respectively. Both routes have long held a spell over the most adventurous of travelers. They continue to entice those with a passion for discovery, exploration and the inspiring beauty of Mother Nature.

The Northwest Passage crosses through crystal clear glaciers in the northern reaches of Canada, traveling from Greenland to Alaska. En route to the sites of Franklin and Amundsen’s famous voyages, guests often encounter polar bears, seals, narwhals and, more rarely, walrus in their natural habitats while learning about the history, geology and botany of this spectacular area, too.

Silversea will traverse the Northeast Passage for the first time in August 2019, when Silver Explorer retraces another Amundsen voyage, as well as those of other famous explorers like Nordenskiöld. As guests encounter islands that few people on Earth will ever be fortunate enough to visit, they’ll experience dramatic scenery and observe resilient wildlife across the Russian high Arctic, while also encountering fascinating local cultures in Chukotka.

One man who knows more than almost anyone about these journeys is Stefan Kredel, Senior Director Expedition Development & Operations at Silversea Cruises. Based primarily between Buenos Aires and Miami, he holds what many people would consider a dream job that entails leading expeditions and overseeing planning for new routes, destinations and experiences. Ahead of Silversea’s first voyage through the Northeast Passage, Stefan reflects on the illustrious legacy of these enticing journeys that are sure to immerse guests in electrifying adventures and life-defining experiences.

Let’s start with the history of the Northwest Passage. What makes this route so iconic?

“History is one of the Northwest Passage’s greatest intrigues, most notably the story of [19th-century British explorer] Captain Sir John Franklin,” says Kredel. “They recently discovered his two shipwrecks which had been missing for a long time. There has been considerable research into his expedition and numerous efforts have been made to recover items from it. On the Northwest Passage trip, for example, we usually go to the site where there are four crates from his expedition on Beechey Island. There’s also a monument from his wife who paid for a big rescue operation to find him and his remains.

Additionally, the Amundsen expedition was the very first to pass through the Northwest Passage between 1903 and 1906. To get funding, it was officially a scientific expedition, on a ship called Gjoa Haven, to do magnetics research.

A remarkable and unexpected story then ensued. When Amundsen started the journey in 1903, he was Swedish, but by the time he completed it some three years later, Norway had gained its independence [from Sweden], so he was actually Norwegian – doubtless, a tricky one to explain at immigration!”

What defines this particular expedition for you?

“I’ve now done six Northwest Passage expeditions, and each one has blown me away with the wealth of diverse wildlife sightings, experiences and a true sense of adventure.

The route passes through an incredibly remote area, so we have to cooperate with nature. For example, on one voyage in 2014, we were able to cross only with the help of an icebreaker for two days, which made a channel in the Arctic ice. So, certain things are planned, and some are a little unpredictable.

It’s one thing for us to make these crossings in the warmest months of summer, from August through September, but undertaking these crossings in winter, like they did in the past, in wooden boats? It doesn’t bear thinking about the brutality of the conditions that they would have encountered. It would have been like a polar desert. These polar explorers were very, very brave men.

It’s unwise for us to think that we can somehow control Mother Nature or tell her what to do. There are limits, and she lives by her own rules.”

What are some of the natural sights that Silversea guests will likely encounter? What stands out for you as the most exciting possibilities?

“At the very beginning, when we are in the area around Greenland, there are huge icebergs. But once you are in the Northwest Passage above Canada, there’s a vast amount of landscape all around you. You get to see breathtaking glaciers, too.

But of course, it’s the polar bears which are arguably the biggest draw for guests. These are magnificent creatures, and seeing them in their natural habitat is a rare privilege. I’ve seen them on each of my six Northwest Passage trips, but, of course, you can’t accurately predict when, where, or even if it will happen. Sometimes, it’s at 4 o’clock in the morning. But I also experienced one Northwest Passage voyage where I stopped making onboard announcements about polar bears because we saw so many!”

Do you have any personal memories from your six trips that are particularly significant?

“I was the Expedition Leader with Silversea in 2014, and there was a lot of ice that year. The Captain and I spoke to a Canadian icebreaker Captain, and he was very unsure if he could get us through. That was something I hadn’t experienced on the other Northwest Passage crossings where we had no ice at all and were literally detouring just to see a little bit of ice.

Back in 2014, it was the other extreme—and then some. There was simply way too much ice. On these expeditions, you have what we call “the day of no return” when you have to decide whether you’ll get through or turn around. It’s a tense time. You have to be 100 percent sure that you have enough fuel to complete the voyage. After all, there are no gas stations in the Canadian Arctic! That year we finally cut our way through the ice and even managed to make up some time because going through ice obviously slows you down tremendously.”

What types of lectures can guests expect to experience on board?

“We always try to cover a broad field and have a strong team. There are biology talks and a focus on ornithology, marine biology and botany, as well. We also have geology-focused lectures, because there are many sedimentary rocks. For example, there are a couple of places with fossils like Beechey Island. It’s a lovely way to explain plate tectonics, and you can find fossils of coral there.

Today you only find coral between the tropics because the water temperature has to be at a certain level, with enough daylight. Coral wouldn’t survive in the Polar Regions where it’s dark all winter. So, how could coral fossils be located somewhere like Beechey Island. at about 78 degrees north? Maybe it was once warmer up there in the Polar Regions, but the other explanation is we now know that Beechey Island was formerly located further south. Plate tectonics moved it up to its present location.” 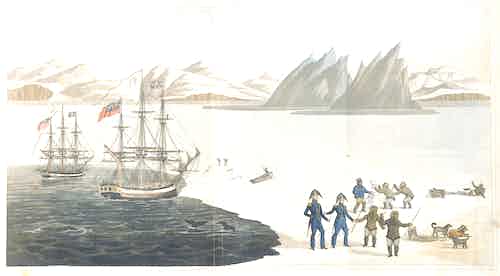 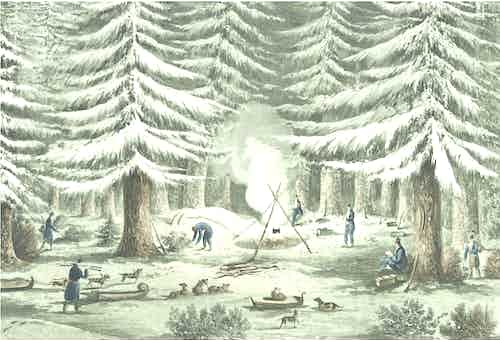 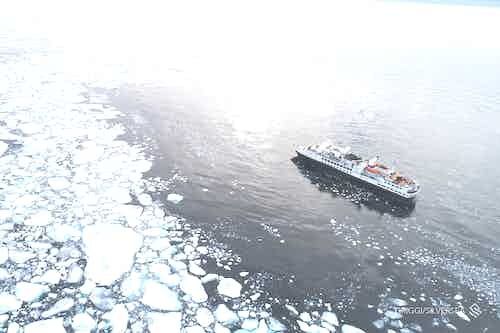 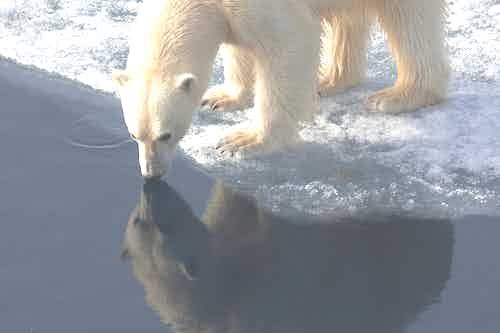 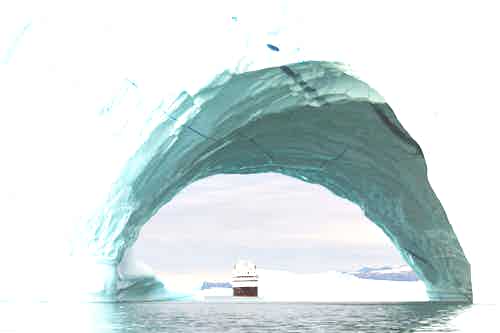 What are Silversea’s most significant challenges in launching the first Northeast Passage expedition?

“For those of us on the planning team, traveling the Northeast Passage has been a dream of ours for a long time. We publish our itineraries about two years in advance, but the planning is so solid that it only leaves room for fine-tuning. The logistics present a challenge, including how you get provisions. Also, is there any kind of provisioning at the half-way point? Is there any way you can fly things in or buy locally? It’s all very limited with the Northeast Passage. Next, you have to look at the ice situation and consider when is the perfect time to pass through. Obviously, you also have to talk to the Russians because it’s all Russian territory, so you need a strong partner within Russia.”

What are you most looking forward to on the Northeast Passage voyage?

“Everything! This will be a truly unique experience as one of the world’s greatest adventure voyages that takes you to some of the planet’s least visited destinations. The majesty and otherworldliness of the landscapes will stun guests, even before you add in the humbling wildlife encounters that are unique to this incredible part of our planet.

We also pass through Wrangel Island, known to be the main spot of the global walrus population, while quite often in the summertime there are many polar bears, too. I’m also looking forward to seeing the more remote villages in the Russian Arctic and how they compare to the North American Arctic, as well as seeing the overall comparison between the Northeast and the Northwest Passages.”