Shaped by steely mountains and a long, misty coastline, the Korean peninsula juts into the Pacific Ocean with pronounced geometry. Though smallish on a map, the country has a massive urban population, with over 25 million inhabitants who live in a cluster around the capital. As the capital and largest city, Seoul seems to get all the attention, especially with the global enthusiasm for all things K-pop, Korean fashion brands, and Netflix’s The Squid Game.

Only by venturing beyond the intensity of the capital can one begin to appreciate the deeper and more subtle roots of Korean culture that continue to grow and flourish far beyond the breakneck pace of Seoul. The port cities of Incheon, Sokcho, Yeosu, and Busan represent four different corners of Korea. And each has its own personality, flavor, and scenery. Each city comes with its own unique set of adventures, too—indeed, discovering the unexpected diversity in each city is what makes Korea such a surprising destination.

Renowned for its gleaming international airport, the city of Incheon, on the western coastline, has grown up independently of its much larger neighbor, Seoul. As one of the more monumental and vertical cities in Korea, Incheon is still mistakenly viewed as a suburb to the frenetic capital next door. Actually, Incheon is an ancient and independent port city with a lot to see and experience.

Not to miss is Songdo Central Park—a unique and modern tribute to the original Central Park in New York. Sleek skyscrapers like the Northeast Asia Trade Tower (1,001 feet high) are just part of the blossoming development, a hint at the explosive growth of the country. Far more than just a business hub, Incheon is home to the only Chinatown in Korea (so big it would take days to explore) and other excellent areas for food (check out Bupyeong and Sinpo International Market) and phenomenal shopping (go to the Art Centre).

If you need a break from the crowds, take a quick ferry out to any of the many idyllic islands that seem to float on the West Sea (I recommend Ganghwado, with endless gorgeous gardens and the highly decorated 13th century Goryeogung Palace).

Smaller and far less known than most of Korea’s great port cities, Sokcho’s beauty lies in its remote and dramatic setting on the northeast coast, surrounded by the moody ocean in contrast to several calming lakes and a mountain range pulled right out of fairy tale.

A picturesque town with a busy waterfront that lies on Korea’s east coast, Sokcho takes pride in its ultra-fresh seafood, dishing out delicacies like grilled fish and stuffed squid. To really experience the full breadth of culinary specialties in Sokcho, align your visit with the Seorak Cultural Festival in early October. 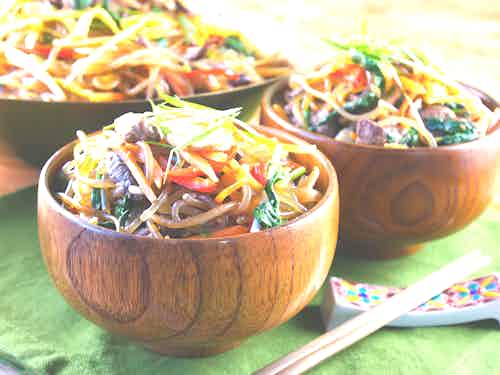 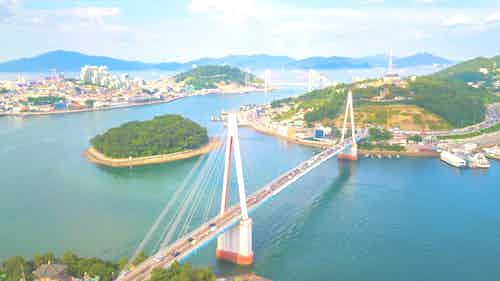 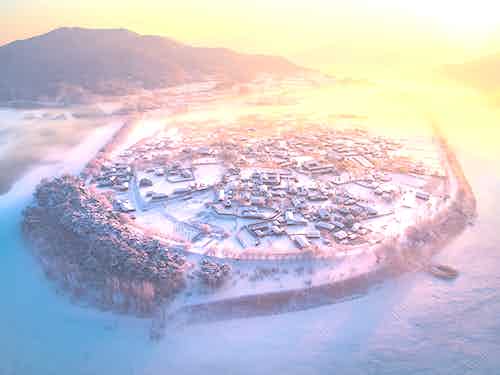 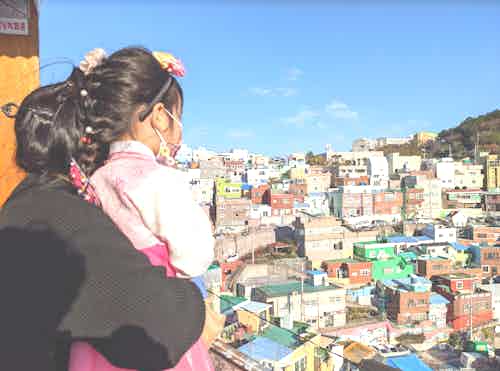 Sokcho’s natural charm extends beyond its namesake beach to nearby Seoraksan National Park, home to the impressive stone spikes of “Dinosaur Ridge” (or Gongnyong Ridge). With tremendous mountain views and endless hiking trails, visitors can access some of the wildest landscapes in Korea. Afterwards, relax with a long soak at Cheoksan Hot Springs, or make a pilgrimage to the giant Bronze Buddha of Sinheungsa, site of the very first Zen buddhist temple in Korea.  Or take a trip into history with a visit to the DMZ Museum, near the border of North Korea. Although it was established in memory of a painful past, it also points toward the future.

Situated at the very southern tip of the Korean peninsula, Yeosu is anything but a typical seaside town. Scattered across a mountainous archipelago of more than 300 islands on Korea’s south coast, the seaside resort town is more like a collection of unique neighborhoods, ports, and villages linked together by bridges and boats. Sunrise and sunset views are always different and often exquisite, with a constant backdrop of silhouetted islands that rise directly up from the sea.

Yeosu still celebrates a seafaring culture. Its connection to the ocean that shapes the city, both above and below the surface. A visit to Aqua Planet Yeosu (one of the best aquariums in Korea) should be a priority, with underwater glass tunnels, and huge tanks for sharks and rays that give a sense of what lies beneath the great blue expanse. Above water, take a stroll out to the rocky outcropping of Odongdo Island (part of Hallyeohaesang National Park) for a beautiful walk-through flowering bush, as well as a remarkable view of Yeosu.

With such a sheltered bit of coastline, it’s no surprise that Yeosu is renowned for its patriotic naval history. Back in the 16th century, Admiral Yi Sun-Sin invented and built the heavily-armored Geobukseon (or “turtle ship”) than used it to help defend the Korean mainland against Japanese invasion.

Korea’s “second city” (by size), Busan, on the southeast coast, is forever proud of its separate identity as defined by its own unique dialect, cuisine, and culture. Boasting a mild climate with lots of sunshine, Busan’s extra-long beaches are clean and tranquil refuges among the long line of high-rises that skirt the seaside. Busan is wedged between the curving coastline and the long sweeping chain of mountains. And this city of some 3.5 million people is a flurry of lights and action, especially at night, when the city takes on a whole new persona.

Dressed up in (literally) millions of programmed LED lights, the city almost seems digital in the dark, when the fine lines of Diamond Bridge flow with glowing colors and brightness. Indeed, Busan may be Korea’s most colorful city by night and day, best experienced when out strolling the narrow (and very steep) streets of Gamcheon, a creative art village with a host of galleries, shops, and food stands. And for all its contemporary vibe, Busan also prizes its history; a favorite place to visit is the Haedong Temple.

Good eating is a way of life in Busan. The magnificent port is home to the not-to-miss Jagalchi Fish Market. Visitors can spend hours touring the fresh tanks of incredible sea life before stepping across the street to dozens and dozens of restaurants to try any of the Busan’s seafood delicacies. Spicy fish cakes (often served on a stick) is a particular specialty that tends to win over even the pickiest foreign tourist.