Blue-footed boobies, one of the most recognizable species in the Americas and a favorite of bird watchers, are serious about romance. And their fabulous flirting is key to sustaining one of Latin America’s most enchanting species. If I hadn’t known better, I might have thought the brown and white bird in front of me was in distress. I watched as it thrust its tail feathers into the air, and then shoved its long, pointy beak at the sky and let out a shrill whistle.

When the object of the bird’s contortions — a female flying above — took notice and landed nearby, the bird lifted one bright blue foot high in the air before carefully placing it back on the ground and raising the other. I then watched the bird use his slender beak to re-arrange small pebbles in a circle on the ground. If the female liked his dance and deemed him worthy, that humble nest he’d just created would soon cradle up to 3 precious eggs.

Many birds exhibit elaborate mating dances and rituals. But blue-footed boobies, which were uncharitably named by early explorers using the word bobo (meaning ‘stupid’ in Spanish), are the ultimate masters of avian romance. The seabird’s display, which begins once it reaches sexual maturity around four years of age, highlights beauty, health and skill. “It’s the male’s job to attract the female,” explains Dr. Danae Sheehan, Silversea’s Ornithologist. She’s been studying birds for nearly 20 years and has a soft spot for members of the Sulidae family, which includes boobies and gannets. “The male spends a lot of time making himself look good by preening,” says Sheehan. Then he finds a suitable nesting site on the ground and watches for females flying overhead. “When a likely mate passes by, the male points everything he can towards the sky in her direction – beak, wings, tail, chest, all positioned to give the best view to the female above,” she continues. “He also whistles, as if to say ‘look at me!'”

So-called sky pointing, whistling and nest-making are all well and good, but the booby’s feet are the main event. Sheehan says both the males and females, when courting, take part in a high-stepping display that draws attention to their feet. “The male reels the female in closer by raising one leg and then the other to show off his beautiful blue feet, which are a sign of health and reproductive fitness,” explains Sheehan. These blue feet are a result of carotenoid pigments in their diet, so the feet of the most well-fed birds have the darkest hue. “If she’s keen, she’ll join in by showing her own feet,” adds Sheehan, describing an activity called ‘mirroring.’

Blue-footed boobies live, mate and nest along the western coast, and on islands, from Mexico through Peru. A few of the estimated 30,000 blue-footed boobies on the planet have also wandered outside of their primary range. Some of them even showed up in California in 2013, as reported by eBird, an online clearinghouse of data collected by global bird watchers. Some dip as far south as Chile, where they rival local flamingos for impressiveness.

Antics and Instincts of the Blue-Footed Booby

While BirdLife International, a network of NGOs that work to conserve bird habitat and populations, believes blue-footed boobies have a stable population and are not a threatened species, they do face challenges.

In the Galapagos Islands in Ecuador, home to what some researchers estimate to be half the nesting population of blue-footed boobies in the world, researcher David Anderson, a professor of biology at Wake Forest University, recently reported a decline in mating dances. He also noted a decrease in actual mating and the number of fledglings. “They won’t breed effectively without doing courtship,” says Anderson, who believes a food shortage may be to blame for the drop in mating activity. The long-term result is that many blue-footed boobies in the Galapagos are now getting too old to breed and there are too few young birds to take up their mating dance. 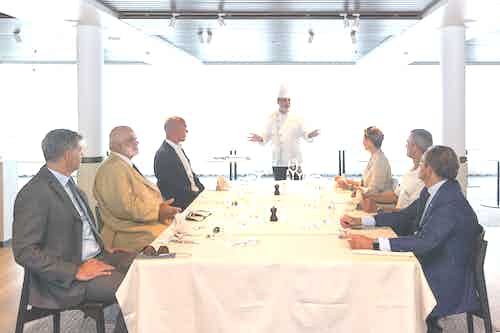 This blue-footed booby mating dance – sky pointing, whistling, feet displays and nest organizing – is often seen on Isla Lobos de Tierra where the birds mate year-round. They flourish on this rocky island, which is located about 10 miles (about 16 kilometers) off the coast of northern Peru, thanks, in part, to the fish-rich Humboldt Current that flows around it.

“When I encountered blue-footed boobies for the first time, I was mesmerized as I watched them dive into the sea for fish,” recalls Sheehan. “And when I finally saw them dancing, it made me want to dance too.”

Travelers exploring the Galapagos Islands and the coastal areas of Peru are always entertained as they watch blue-footed boobies in full mating dance splendor. But don’t forget these are powerful instincts at work; these seemingly playful antics are vital for the survival of the species.