As the driest non-polar desert in the world, the torrid yet alluring Atacama Desert is like nowhere else on Earth. Set in the northernmost reaches of Chile, this strip of barren land spans more than 40,000 square miles and, in some places, ripples and swells like a geographical accordion. Precipitation is a rare miracle in this arid expanse; some parts, unbelievably, receive less than 0.12 inches (3 millimeters) of rainfall per year. This is Mother Nature at her harshest.

While few places on earth are as inhospitable as the Atacama Desert, various civilizations have inhabited this geographic anomaly throughout history. Since 500 BCE, native Atacameños have forged a society here, developing a distinct language and a vibrant culture, as well as special farming and husbandry techniques to overcome the harshness of the conditions. In the 15th century, the legendary Inca conquered the desert after traveling over the Andes Mountains. In the 1540s, the Spanish arrived in Chile and imprinted their cultural mark on the Atacama, which is still visible today in the colonial churches of San Pedro de Atacama.

This unspoiled town, where travelers gather to explore the region’s natural beauty and indulge in the local culture, could be mistaken for a mirage. In this inimitable community, white-washed buildings line cobbled streets, offering welcoming refuges from the hot, dusty desert beyond. Traditional melodies emanate from open windows, as artisan craftspeople ply their historical trades, and the town’s streets are abuzz with the exchange of the Atacama’s stories– stories of mystery and myth. Hospitable residents are more than happy to share their oasis with inquisitive visitors and relay, to those who want to listen, the enthralling tales of the Atacama.

So what might they say about this extreme region? Read on to discover the uniquely fascinating things to do in the Atacama Desert .

1. It’s a Land Rich in History and Culture

The Atacama Desert is home to one of Earth’s oldest cultures— the Chinchorro people. This enigmatic civilization lived in the Atacama Desert from approximately 10,000 to 3,400 B.C. and is particularly renowned for creating some of the world’s oldest mummies. In remote regions of this arid expanse, indigenous Andean communities still host ritualistic ceremonies of gratitude to Pachamama – the Earth Goddess. Will she permit life to inhabit these lands for centuries to come? Forging a legacy against the odds? A tour of San Pedro de Atacama in Chile might include one of the most memorable experiences of any visit to the region – the chance to witness a Pachamama ceremony firsthand. Coca leaves are prepared for the offering and prayers are given to Pachamama for the prosperity and protection of participants.

2. The Unique Terrain of the Atacama Desert Looks Otherworldly

While standing in the middle of the Atacama Desert, with its immense skies and vast expanses of dusty land, it’s easy to feel like you’re on another planet. Below your feet, the dry earth forms otherworldly textures; unusual land formations are separated by wind-swept planes; rocky canyons, whose walls are colored in rare hues of pink, yellow, green, or even blue, crackle and pop as they expand during the hot sun and constrict during the cold desert nights. Snow-capped volcanoes, many of which are active, dot the landscape around the Salar de Atacama – one of the largest salt flats in the world, which looks like the surface of the moon with its bumpy salt mounds and mirror-like pools of salt-rich water. The rock formations of the Moon Valley near San Pedro de Atacama are also famous for their lunar appearance. It’s no surprise, then, that NASA uses the Atacama Desert as a research analogue for Mars.

This immense desert might look sparse on first glance, but the dry environment sustains a tremendous amount of life. Algae, hardy plants and cacti manage to live in the region. On the rare occasion that it does rain, the Atacama explodes in purple and pink shades as part of the flowering desert phenomenon. As for Atacama desert wildlife, this arid land home to chinchillas, vicuñas (South American camels), guanacos and even wild donkeys. Flocks of coral-colored flamingos congregate in the saline pools of water. These animal sightings make the Atacama Desert the perfect place for wildlife lovers to use that pair of old binoculars. 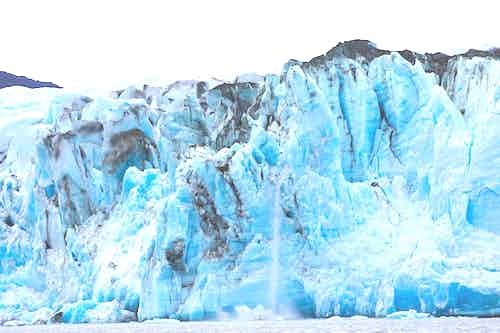 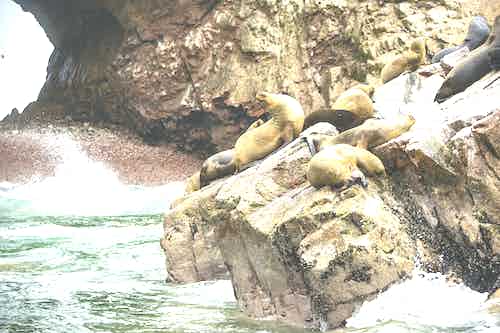 Behind the Lens: Uncovering the Mystery of the Pacific Coastal Belt

4. Visitors Feel Completely Off the Grid in the Atacama Desert

If you’re not amazed enough by what you witness in the lands of the Atacama, then look up. In the Atacama Desert, stargazing is a daily indulgence. Its incredibly remote location means there’s practically no light pollution, which evokes a sense of liberation. “In Atacama, the night sky is so clear, and there are so many visible stars, that it feels as if one could pick at the universe with one’s hands,” says Alexandra Edwards, Silversea Expedition Expert and specialist in cultural anthropology. “Certainly a novel experience for many, but the ancient peoples of Atacama were in touch with this spectacle every day of their lives, and so the heavens were an essential part of their culture, establishing the basis of their social hierarchy, among other things.” Nowadays, the desert’s clear skies are utilized for scientific research: the region is home to two world-class astronomical observatories.

Let Silversea’s custom Atacama desert tours introduce you to this barren and parched land, where flamingos roam and stars burn bright in the night sky. Whether you’re under the starry night sky or the intense sun, the Atacama Desert feels off the grid and isolated enough to truly recharge your batteries, which is itself an invaluable experience these days.