Imagine touring a wine cellar hosted by the vintners in New Zealand before settling down to a bespoke dinner paired with the very best regional vintages, while being entertained by local musical stars. Or tucking into a gourmet dinner in the Old Arab Fort, the oldest building in Zanzibar dating from 1699, followed by an homage to the flamboyant music of Zanzibar’s most famous son, Freddy Mercury, and his rock band, Queen. Or enjoying an evening performance at the majestic Manaus Opera House deep in the Brazilian Amazon following a champagne and canape sendoff.

Such exclusive special events await Silversea guests on the line’s Grand Voyages and World Cruises. They’re all the brainchild of Jannie Cloete, the Director of Experiences and Events. During his five years with the cruise line, this creative impresario has fashioned these and dozens of other one-of-a-kind experiences to offer deep immersion into a destination’s culture and way of life.

In an exclusive chat with Jannie, we dish about events he’s planned for prior year voyages – and learn more about what’s on tap for extended cruises up until 2024….

What’s the most over-the-top event you’ve ever planned?

In 2020, in Buenos Aires,” says Jannie, “we told the story of the tango.” Evoking the sense of romance that pervaded the Argentine capital in the 1930s, guests were transported back in time at the spectacular El Zanjón, an 1830s mansion that’s considered the most important urban archaeology site in the city. Themed in black and white, the event featured an authentic Argentine dinner with local wines, a tango show with an aerial Cirque de Soleil-type performance and other curated embellishments.

Another example was the “Train Ride to Freedom” in Cape Town, using a steam train from the port. “We re-did the train into something amazing with old hat boxes to take people back in time,” says Jannie. “We went to a town called Paarl close to the jail where Nelson Mandela stayed and was released from. We took guests inside the jail and Mandela’s personal assistant, Zelda la Grange, told the story about how she was chosen as part of his vision to unite the nation. Then we went to the cathedral at KWV (a leading wine and spirits producer) and had a meal with the Children’s Choir doing a special performance. The guests all cried.”

What event are you most looking forward to?

Jannie always works years ahead, and tells us that “coming up in 2024 in Shanghai, we’re doing a completely immersive experience with food where we’re turning an old building into something spectacular.” Guests will go on a culinary journey from old Shanghai to modern China through color, sound and scent that combines modern technology with some of the world’s best food. Globally renowned chefs will use UV lights to prepare bespoke menus for a truly avant-garde dining experience. “When you’re eating fish, you’ll see the fish being caught and prepared projected on the walls and hear waves crashing,” he adds. “We are using all the senses.”

Tell us about some of the most challenging events you’ve produced.

In Vietnam, “we thought it would be cool to do tai chi at 6:00 am in Ho Chi Min City,” says Jannie. “But half the guests didn’t come because it was too early. Those who did it raved about it afterwards and then the others wanted to know if we could repeat the event. But of course we couldn’t.”

Another one: We did a Slum Dog Millionaire-themed event in India and turned the venue into a slum,” says Jannie. “But the local guides said they didn’t like the film, so their enthusiasm was curtailed because they didn’t like India being portrayed that way. We have to be more sensitive to that.”

Sometimes a concept may sound great in theory but just won’t work out. For example, “Chinese opera sounds like a fabulous idea,“ says Jannie, “but we’re not used to it. So after four minutes, you’ve had enough.”

Where do you look for inspiration?

In his search for the out-of-the-ordinary, Jannie often thinks out of the box. “I look for the unusual, for the not available every day, which is important. And then I see where we can use that to tell a story of that place,” he says. “The devil is in the details. Our guests notice the smallest details. People love a story.”

“In Bangkok, we did a street market and recorded the sounds of the market.  We served all the food in food carts outside a restaurant, which was covered in corrugated iron and posters and graffiti.

“At the Biltmore Hotel in Coral Gables, which has the largest pool in Miami, we did a synchronized swimming event. We have this chance to do something for guests that they don’t expect.

“On Robben Island (South Africa), we got Mandela’s prison guard, Christo Brand, who became friends with Mandela. He spoke to the guests about his experience. That’s what adds the color to everything.”

“In Cartagena (Colombia), I’ve ended up with something completely different (than I originally planned). If you look at a Colombian wedding, the flowers are unbelievable. But when I saw the event space and tasted the food and saw the colors of dishes, I changed the flowers (for the dinner) to just green because all the color is already on the table.”

“You have to create an experience from the moment the guests leave the ship, including in the invitation, to try to explain the story. And I made a promise that I will never repeat a special event.”

Do guests ever share ideas and have any of them turned into an event?

“When I first joined Silversea, I went on a cruise and took notice of the guest comments. I met a young lady named Penny who who inspired me about things that can be enhanced .  I took note of it. I had a farewell event in Sorrento four days later. When we left the ship, we had a fleet of black SUVs waiting on the pier to transport the guests and there were huge flower arrangements to add color while a quartet played. Penny came over and said to me, ‘This is Silversea.’ We still stay in touch. When I wanted to do a Tower Bridge event, she had a great connection there. The guests offer connections, which is wonderful.”

Adds Jannie, “guests wrote on my Facebook page comments like ‘surprised, unexpected, local.’ They gave me inspiration to do even more.”

How much work and management goes into planning a complicated event? Do you have staff to help?

This may surprise you: “I don’t have any staff. I’m on my own, which is not bad,” Jannie tells us. “I’m a visual person, so once I have an idea, it’s difficult to change.” He often conceives of events like a set designer would. “But I have free reign. I report to (Senior Vice President) Conrad Combrink and together we have this vision and have worked together for a long time. We feed off each other.”

Do you have local counterparts in ports who help execute your ideas?

“I work with events companies that I trust. But I try to go to the place to make sure everything is up to scratch,” says Jannie. “I work with very good people around the world.  Together, we come up with the program.  Once you have somebody excited about the idea, they have ideas as well.”

Is it ever difficult to get authorization to hold an event?

Yes, it is. We had to get permission in Mykonos (Greece) for music and dancing on the square for an event remembering Jackie O. If I hear the answer is “no,” that’s the first step to a “yes.” A guest told me that years ago.

What’s on tap in special events for 2022 and beyond?

In 2022 we will create something special in Cape Town in an unused quarry and involve underprivileged children,” says Jannie. For this event, called Opera in the Quarry, guests will attend an outdoor performance of the Ubuntu Opera and the South African Youth Choir while they enjoy a farm-to-table dinner under the stars in this most unique venue. The youths who perform are some of the most disadvantaged yet promising talents in the country. “We will pay for two of the performers to study all next year and they will get a meal before every lesson,” adds Jannie. “We are also supporting a local school and a ballet company.” 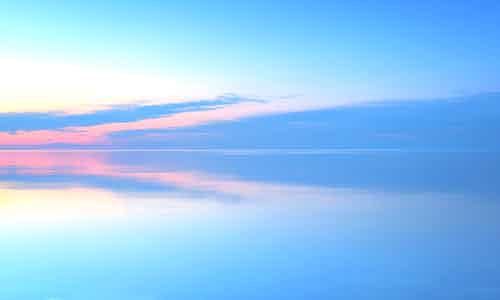 “We bought the rights to Carmen Suite by (the late) Alberto Rayneri Alonso (the legendary choreographer and cofounder of the National Ballet of Cuba with his sister-in-law, Cuban dancer Alicia Alonso). We will perform it in Seville, where Carmen comes from, in a performance called Carmen Comes Home. The music is set in Seville. The ballet company that is doing it studied under Alonso as a link to the past, which is amazing. It will probably take place in the Plaza de España, but that’s not set yet. It’s the first time this will be performed in Spain.”

For the 2023 World Cruise, “in Papua New Guinea, we’re doing the fire dance,” says Jannie. Guests are taken to the tribal village of Baining in the highlands, where they enjoy a performance of the village’s famous but secret ceremony  — a dance to invoke and appease the spirits of the forest. The Baining are famous for their traditional fire dance, one of the most iconic performances by any tribe throughout Papua. The elders recently decided that it can only be performed in the tribal villages, so this is a rare opportunity. In the ceremony, initiated young men wear giant masks and dance barefoot on ﬁre, chanting hypnotically and appearing in an almost trance-like state as they take turns running through the roaring fire.