A mosaic of tropical, sun-drenched tones greets visitors wandering the labyrinthine streets of the Caribbean city of Cartagena in Colombia. The UNESCO-designated walled old town, packed with amber yellow historic buildings, dates back to the colonial era in the 16th century. Today, the old city in Cartagena retains clear connections to the most iconic Colombian symbols. Amongst them, and arguably the most emblematic, are the “palenqueras,” who wear vibrant ruffled dresses and carry bowls of tropical fruit.

The History of Palenqueras: Finding Freedom

The history of the palenqueras ranges from tragedy to triumph. Descended from African slaves brought over during Spanish colonial rule, the ancestors of the present-day palenqueras escaped slavery to create their own settlement. Today, San Basilio de Palenque lies 31 miles (50 kilometers) southeast of Cartagena in the foothills of the Montes de Maria.

Benkos Biohó, a Bantu-speaking king from what is today the Republic of Guinea-Bissau, was instrumental in the creation of this community. “He founded this town and made it a refuge,” explains award-winning chef and cookbook author Maricel Presilla.

The Spaniards sadly tricked Biohó and executed him in Cartagena in 1621. Then, the Spanish Crown issued a Royal Decree in 1691, declaring the town independent from Spanish colonial rule. “There is a claim that it is the first slave-run town to gain that status in the Americas,” she says.

Necessity is the Mother of Invention

Despite their freedom, hard times befell the economically isolated settlement of San Basilio de Palenque. The women, known as palenqueras, decided to get creative and made the hot, dusty pilgrimage to the port city of Cartagena to sell what they had in abundance—produce.

Presilla recalls seeing the palenqueras around Cartagena years ago. While some wore regular street clothing like shorts back then, they all sold fruits like salmon-hued zapotes, pear-like sapodillas and luscious crimson red mangoes.

Today, the palenqueras of Cartagena vie for the attention of visitors and photographers while wearing their brightly-hued ruffled dresses, handmade jewelry and headscarves. On their heads, they balance bowls of beautifully arranged tropical fruit or coconut-based sweets made from centuries-old recipes, as they walk through the city streets. Head to Plaza Santo Domingo, Plaza de los Coches, Puerta del Reloj, Calle del Arzobispado or Plaza de San Pedro Claver, and you’re sure to glimpse their colorful attire. “They are the outward, visual manifestation of a much deeper palenque history of resilience and love of freedom,” Presilla says.

To truly understand the palenqueras, spend at least one day in San Basilio de Palenque, a UNESCO-recognized center of Intangible Cultural Heritage of Humanity. “You’ll get a sense of how African this town really is,” Presilla explains. “To start, many of its inhabitants speak a form of Bantú. It’s a language from the Congo and Angola with Spanish admixtures. It is called Palenquero.” 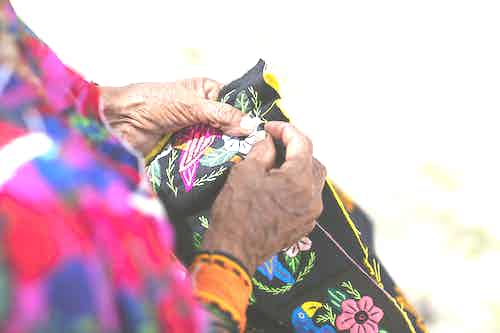 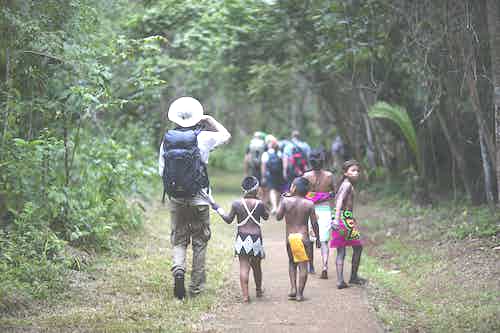 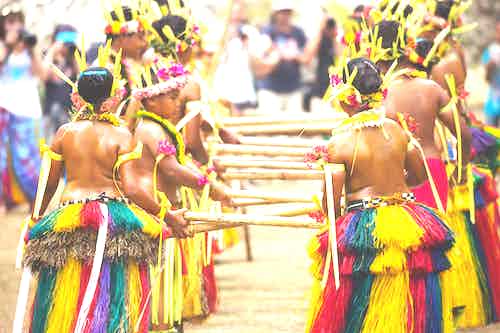 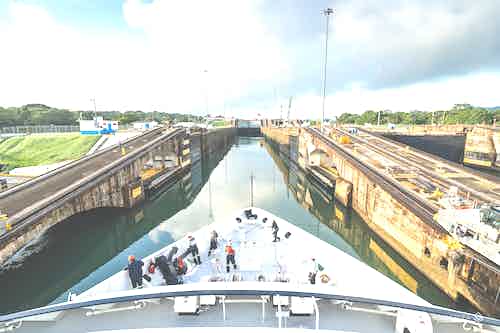 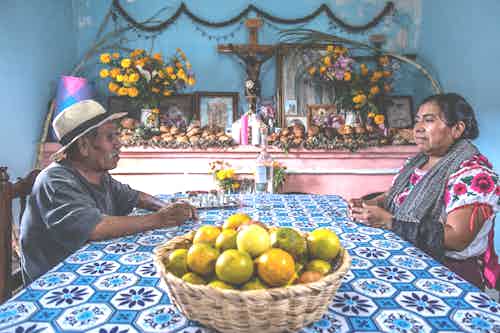 As with all African communities in the Americas, she says, African rhythms heavily influence music. The soundtrack to traditional palenque dances, you’ll likely hear songs like Bullernege Sentado, Son Palenquero and Son de Negro played at baptisms, religious festivities, weddings and other celebrations. Even funeral rites have African roots. And at the dinner table, you’ll find West African-influenced dishes.

Journeying from economic necessity to weaving themselves into Cartagena’s cultural fabric, palenqueras are as iconic as the city’s Great-tailed Grackles. The bright-yellow eyed birds circle plazas and parks in search of a piece of dropped fruit from the palenqueras.

Palenqueras also represent the lasting influence of African culture on the Caribbean coast of Colombia. “[They] are reminders of … the role that women as traders continue to play in the city,” Presilla says. The best time to appreciate the cultural richness that the palenqueras impart on Cartagena is on a balmy evening at dusk. As the sun sets, it washes the sky in shades of plum, gold and nectarine, matching the dresses that these hard-working women wear as a symbol of their past.