“You hear the deafening sound of the waterfall long before you see it,” says Expedition Filmmaker Denis Elterman when asked about his most memorable moment from his travels with Silversea. “Every second, thousands of liters of water gush over the King George Falls, crashing onto the basin approximately 100m below. In this remote corner of Australia’s Kimberley region, I formed a strong connection with Mother Nature.”

A Destination on the Periphery: As Silversea Cruises’ longest-serving Onboard Photographer, Elterman has spent the last five years traveling to all seven of the world’s continents with the cruise line, photographing his most memorable experiences and interactions. Australia’s Kimberley region is special to Elterman for one reason above all others…

“For me, the most exhilarating part of my job is to be in the wilderness, in a remote location far away from civilization. There’s no place in the world where this feeling is so strong as it is in Australia’s Kimberley region. The stretch of coastline from Broome to Darwin is remarkably desolate and unique in its natural beauty. You really develop an appreciation for being at one with nature.”

History in the Land: “As our Zodiac cruised down the King George River, we were flanked on either side by towering, red sandstone cliffs. These amazing rock formations tell a story of natural history that dates back two billion years. I was also aware of the aboriginal rock art that is etched into these rock formations, dating back 60,000 years or so. I felt minute in size, dwarfed by the vastness of the world around me. Because Australia’s Kimberley region feels entirely isolated, I really had the strong feeling that we were alone in this beautiful setting.”

“At first, you’re unaware of the waterfalls. The setting is barren, rocky, raw, and very little vegetation decorates the canyon around you. Saltwater crocodiles are visible as they glide through the water, as well as otherworldly dugongs, and distinctive kingfishers soar overhead. Only the cliffs and the flowing water guide you towards your destination.”

“Then, as you round a corner in the river, you become aware that you’re approaching the waterfalls long before you see them: Not only is the roaring sound of cascading water deafening, but you can also feel slight changes to the environment around you. The water beneath you seems to behave differently, the air has a fresh kind of texture about it, and the scent of fresh water becomes increasingly strong—at least, this is how I felt that day. And then the two falls come into view. They were enormous—far bigger than I had previously imagined. They took my breath away from the first sight.”

An Invigorating Fresh Water Shower: “The one moment that will live with me forever is when our Zodiac passed into the waterfall,” continues Elterman. “We were instantly drenched to the bone in what was the most invigorating shower I’ll ever have. Adrenaline was pumping through our veins. You feel fresh, invigorated, re-born into nature; it’s a kind of spiritual awakening. Silversea tends to take you deeper than you expect to go, and it was definitely the case with the King George Falls – quite literally. I didn’t expect the Zodiac to venture into the waterfall until we arrived at the basin. It was extraordinary.”

“It’s terrifying at first, but it’s so much fun. I can only compare it to a roller coaster ride that takes your breath away. Not only was it unbelievably fun, but, from the moment I first felt the splash of water on my head, I also formed such a strong emotional bond with those who rode in the Zodiac with me—guests and members of Silversea’s Expedition Team. Smiles beamed on our faces, the hearts in our chests beat fast with excitement, and we were all touched on a deep level by our shared experience and by the power of our planet. We each made eye contact with each other and communicated an unspeakable feeling of euphoria. We’d just shared this unimaginable moment, which could not be replicated as it existed then, nor could the magical feelings it evoked. We were in awe of the power of nature.” 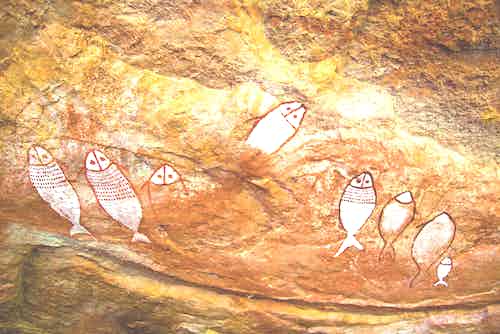 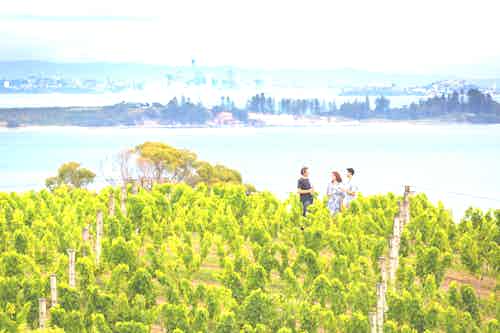 Back to Basics: “I resorted to a very basic method of filming to capture the moment in its most authentic form. I relied on my waterproof GoPro5, held by hand, to record the footage from under the waterfall, filming from different angles to create variety. It’s a little tricky to film with thousands of liters of water falling on you from above: stabilizing my shots was the most challenging part. I also used my Nikon D750 and my DJI Mavic Pro drone to film the approaching Zodiac cruise for enhanced quality. I knew this would be a special shot.”

“At the end of every voyage, I take great pride in sharing my voyage compilation videos with our guests. On this occasion, that moment under the gushing waterfall was without doubt the most successful shot of the video. We were all overwhelmed by the moment. It was completely overwhelming. The Kimberley is a one-off destination; nowhere else can you experience a moment quite as raw as this. As an Expedition filmmaker, I focus on capturing the best raw moments, the experiences in their purest forms, to ensure they outlive even the most unforgettable of memories. On this occasion in the King George Falls, I hope I did exactly that,” concludes Elterman.