This article was originally published in early 2020, a short time after Silver Shadow completed her refurbishment in 2019. Today, we revisit the vessel’s magnificence as we celebrate her long-awaited return to service in Iceland, beginning July 30th, 2021.

Lounging on plush new furniture a few feet away from the guest registration desk, Susan and Leon Kempen looked utterly at ease. It was difficult to accept that this Australian couple had just flown more than halfway around the world from Melbourne to Fort Lauderdale. Surely the familiar glass of champagne and warm reception that complemented their embarkation on Silver Shadow played a part in their comfort. But their satisfaction had more to do with the unfamiliar: the reception area of a ship they had come to know so well in previous journeys with Silversea was larger, brighter and more welcoming than they remembered, a change that took the Kempens by surprise.

“When we booked it we didn’t realize it was going to be a real upgrade,” said Mrs. Kempen, as she was about to embark on the Grand South America 2020 voyage. “I can’t visualize the old space anymore; it’s really exciting,” she added before comparing the revamped reception area to that of Silver Muse, a ship almost twice as large as Silver Shadow. “The central lobby area is a terrific addition and I can see us using it a lot,” Mrs. Kempen concluded.

The Atrium, as this central lobby area on Deck 5 is now known, is one of several changes that Silver Shadow underwent as a result of her most recent refurbishment, completed in late 2019. True to its name, it is an expansive combination of space and light that invites discovery. Aside from the guest reception counters, it features an interactive guest relations desk, spacious and open-walled boutiques and jewelry store, a future cruise sales office and vibrant new furnishing. At the heart of it all sits Arts Café, the deli-bar/evening cocktail lounge featured on sister ships Silver Spirit and Silver Muse, that now brightens Silver Shadow with a light of its own. One glance at The Atrium and the other enhancements to the ship, it becomes readily apparent (at the risk of sounding contradictory) that this new Silver Shadow is all about light.

The New Face of La Dame

Beyond The Atrium, Silver Shadow’s refurbishment shines particularly bright in La Dame. Located on Deck 7, this signature haute cuisine restaurant is a staple across Silversea’s classic fleet. But a new face greets me upon entering, one with delicate features and surrounded by aquatic life: Masque de Femme, a design originally imagined by master glassmaker René Lalique in 1935. With apologies to the Eiffel Tower – La Grande Dame en Fer de Paris after which the restaurant takes its name – Lalique’s mysterious nymph now reigns as the muse of Silver Shadow’s La Dame. Hers is one of the two designs that adorn the handmade crystal panels exclusively made by the French glassmaking company for Silversea. The second motif, christened Coutard, features a geometric pattern that represents a spray of fine transparent water droplets that evoke the appearance of waves in the ocean.

The elegance and maritime elements of Lalique’s bespoke artwork does its part in tying the space together. No small task considering that Silver Shadow’s La Dame has also been expanded to more than twice its original size. Up to 40 diners are now able to enjoy the 7-course menu, fitting for the high demand that the restaurant typically commands on every voyage.

Moving up to Deck 8

Two “new” faces are also making a splash one deck above La Dame. The first is Connoisseur’s Corner, Silversea’s signature après-dinner lounge that features a premium choice of signature cigars, cognacs, whiskeys and other liquors. It’s not “new” in the strictest sense of the word, as Connoisseur’s Corner was present pre-refurbishment on Deck 7, where it occupied a spot now taken over by the expanded La Dame. But the effect of the refurbishment is felt beyond the relocation. Ever the rich and luxurious cigar lounge, Silver Shadow’s new take on Connoisseur’s Corner results in a more spacious venue, with it’s irresistible earth-toned, buttery-soft leather chairs and marble-topped tables.

As part of its expansion, Connoisseur’s Corner now features an outdoor area. What struck me the most about this addition is that it does not look and feel like just merely an extension of its indoor counterpart. The wicker-texture furniture with soft-colored cushions feels much more appropriate for the al fresco setting, complemented by decorative plants that help emulate a cozy garden atmosphere. The refurbishment tells a tale of two corners, with the breezy, zen-like atmosphere of the outdoor area providing a delightful alternative to the evening decor and lounge spirit of the indoor section.

Rounding up the list of newcomers on Deck 8, the Casino has also benefitted from the makeover treatment. Originally located on Deck 5, the gaming haven was relocated to make way for The Atrium. Though not open for business during my port visit, I could appreciate the room’s updated decor and new layout of blackjack tables, roulette boards and slot machines. Moreover, the Casino now sits right next to lively Panorama Lounge, providing a veritable tandem of onboard entertainment.

Although the aforementioned areas experienced a deeper transformation, no stone was left unturned as a result of the recent refurbishment. From the new equipment in Zagara Spa’s fitness center to the brighter tones of the upholstery and carpeting of the Observation Lounge and Show Lounge, all areas of the ship received a makeover. Even Silver Shadow’s exterior has been transformed: in what feels like an homage to the ship’s name, a subtle shade of grey provides a two-tone design to the livery, a first for Silversea’s classic fleet. 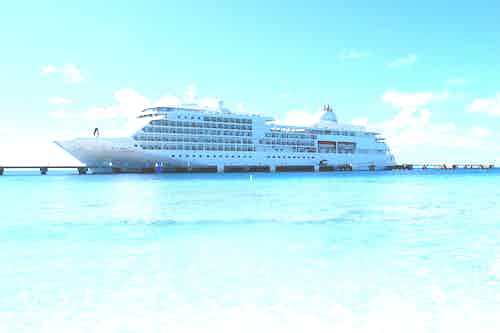 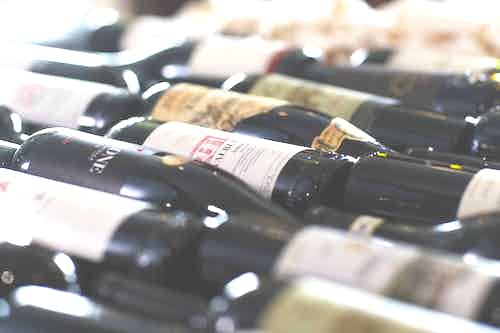 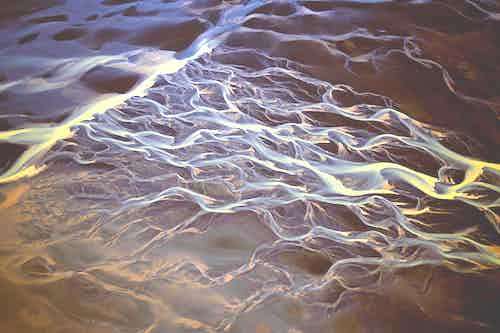 Immersed as I was in my mission to explore Silver Shadow’s revamped common areas, I couldn’t neglect a peek at the guest suites. The complete floor-to-ceiling renovation reveals a bright and soft new color scheme that mirrors the design of sister vessel Silver Muse. As I explored deck after deck of tasteful transformations , I came across the Kempens, now fully installed in their suite. As luck would have it, the Australian couple were booked in the very same suite that they stayed in on their last voyage aboard this vessel, giving them unique insight on the changes they now encountered. “We really enjoyed the Muse experience,” Mr. Kempen said, referring to a previous voyage on Silver Muse. “And we’ve thoroughly enjoyed sailing on Silver Shadow, so it’s very exciting to see these two elements come together,” he concluded.