Behind the Lens: Uncovering the Mystery of South America’s Pacific Coast

Capturing the vast geological diversity of the Pacific Coastal Belt on camera is a filmmaker’s dream, where the grandeur of South America’s Andean mountains and the Peru-Chile Oceanic Trench lie waiting to satiate the senses of even the most seasoned traveler.

Expedition filmmaker Ross Vernon McDonald tackled the challenge while aboard a Silversea voyage on Silver Explorer. Beginning in Guayaquil, Ecuador and traveling down into Northern Chile, he blended footage from his Panasonic Lumix DC-GH5 camera and a DJI-Mavic Pro drone to showcase the magnificence of the region with fellow Silversea filmmaker Benn Berkeley.

Observing bird highways and the magic of Atacama

“The mystery of South America is so intriguing. The variation is so different to anywhere else that I’ve visited in the past, starting with the guano islands of Isla Guañape and Lobos de Tierra where desert landscape and bird colonies are just unbelievable,” says Ross. “There is a sense of otherworldliness – even from the ship – with aerial bird highways above you, a chaotic spaghetti junction of birds flying in all different directions.”

The pastel hues of the remote Atacama Salt Flats, which are geological formations unique to deserts, also lit up Ross’s Panasonic Lumix G 100-400mm f/4-6.3 zoom lens, alongside reflections of its pink inhabitants.

“It’s absolutely stunning with its subtle colors of pinks, yellows, oranges and pale creamy blues next to flamingoes which are just so vivid and elegant. It’s beautiful, peaceful and quiet with the mountains of Atacama heading into the Andes in the background,” adds Ross. 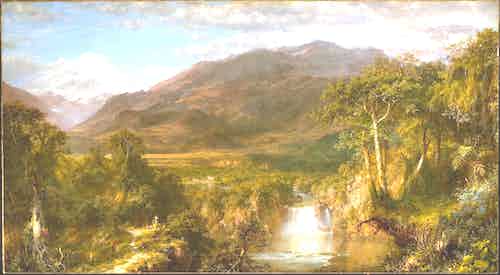 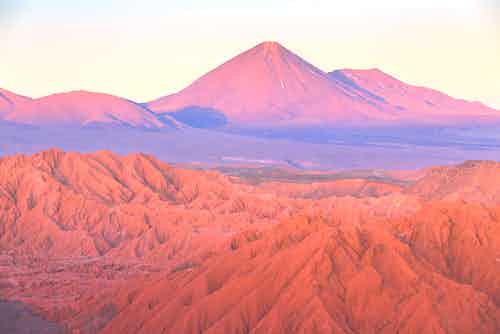 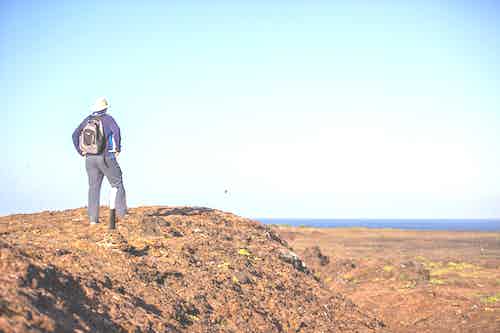 From the dreamy mirage of Atacama to a completely contrasting landscape of lush grasses and volcanoes, this voyage was one interlaced with Incan culture and history – some of it etched into the side of its impressive mountains.

“There are incredible volcanoes with snowcaps on the top and we visited the Volcan Parinacota in Bolivia,” Ross remembers.

“And throughout all of this, you’ve got the Incan culture and the Nazca hieroglyphs that have been embossed into the side of the mountains in the Nazca desert, south Peru. There is a really fascinating history of people that lived in what seems such an inhospitable environment.”

Ross and Benn used the DJI-Mavic Pro drone to show the scale of these hieroglyphs, which can get lost while filming from the ground. “It’s really hard to show the scale of landscapes from the ground as it can look too detailed,” says Ross. “The drone footage shot by Benn was really useful to get a sense of that scale which you can get from above. Overall it was a whirlwind of experiences all wrapped up into one coastline.”