For over three decades, the gardens have erupted and gone dormant near the Case Vecchie, a stone farmhouse on the large, 19th-century estate of Tenuta di Regaleali in Central Sicily. In autumn, the beds of kale, broccoli and wildflowers look austere compared to the abundance of green seen in the hot months, when produce overflows. Through contrasting seasons, we appreciate the bitterness and sweetness of life more deeply–especially in Sicily.

The creator of these green flowering spaces and tall fruit trees, the late Marchioness Anna Tasca Lanza, has now left this world, but her gardens and cooking school are thriving, thanks to her daughter Fabrizia.

The accomplished cooking instructor, filmmaker, cookbook author and founder of a new nonprofit, Food Heritage Association, has perfected her mother’s idea of food as connection.

The Anna Tasca Lanza Cooking School at Tenuta Regaleali in Vallelunga Pratameno stands at the forefront of Sicilian food culture and education. For decades guests and well-known chefs like Alice Waters have come to taste, cook and explore the gastronomy and viticulture of the land. Under the stewardship of Fabrizia, the school has grown into a center for Sicilian cuisine, offering a two-month residency, multi-day workshops, and virtual classes.

If her mother was the Queen of Sicilian Cuisine, Fabrizia is a Supreme Court Justice, a master facilitator and arbiter of conversations and experiences around food. She chats with the beloved food writers of our day, Rachel Roddy from The Guardian and Chef David Tanis from The New York Times, to name just a few. This spring, she presented at Oxford to discuss the flavor of bitterness in her new documentary “Amaro.”

Food did not always occupy Fabrizia’s mind. At 45 years old, she decided to set aside a career as a curator of modern and decorative arts in Veneto to return home. In her latest cookbook, Coming Home to Sicily: Seasonal Harvests and Cooking from Case Vecchie, published two years after her mother passed away, she described how naturally food replaced her art vocation when she felt her roots again.

Living between Palermo and the interior of Sicily on her family’s estate, she renewed her senses with seasonal recipes. The experience was pure pleasure.

“I realized that learning to make a cassata was no less interesting than analyzing a Botticelli,” she wrote, remembering the period when she started to work with her mother at the school.

Fabrizia wakes up early and when she can, she writes before the day’s events invade and strolls through the gardens that she and her mother both cared for, sensing the place where both of their visions mingle.

“I see what I need to do, what should be done in the next season, and I take care of the cutting and seeding,” she said, describing her thoughts on these walks.

Beyond the gardens, fields growing grapes and wheat stretch across the sloped hills. This time of year, the sheep are set to pasture, grazing on wild bitter plants, then shepherded home in the evening to be milked. The milk becomes ricotta, a prime ingredient in the four-course meals at Case Vecchie, whose menus undulate with the temperatures outside and shifts in the seasons.

Ricotta tastes best in the winter, especially as a dessert. One of Fabrizia’s favorite recipes involving ricotta came to her later in life: a rustic sponge cake known as “cassata infornata.” A distant cake cousin to the Cassata Siciliana – that unforgettable pistachio-colored marzipan cake topped with candied orange rinds and cherry – Fabrizia prefers this elegant and ancient version that looks less “dressed up” and “Baroque.”  Its essence reveals itself in the mildly sweet interior. The light and creamy ricotta filling floats like a cloud, enveloped by Italian sponge cake and a light shortbread.

This rustic Cassata Infornata recipe comes from Valentina Chiaramonte, the current chef of the Bib Gourmand-rated Consorzio restaurant in Turin, Italy. Add chocolate to the warm ricotta, Fabrizia said, and it turns out “quite divine.” Pair this with an Italian dessert wine, a malvasia, marsala or passito, and remember– coffee comes last!

For the sponge cake:

For the ricotta cream: 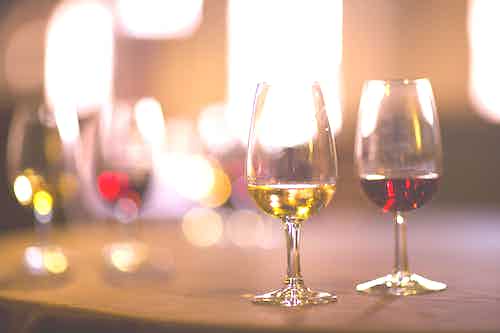 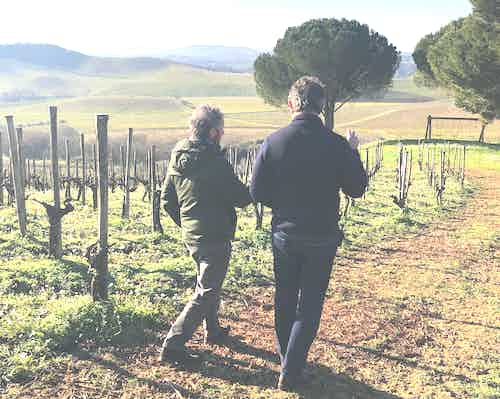 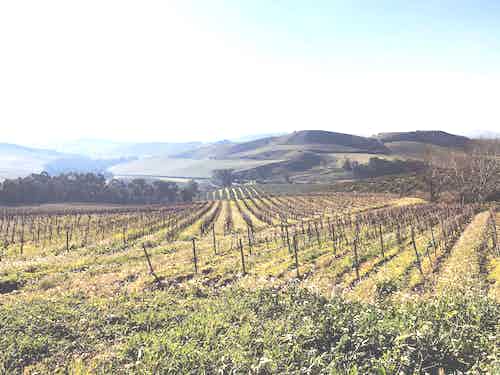 For the sponge cake: