Authors
Laura Lazzaroni
To the Curious

“Pizza!”. We said it in unison, Adam Sachs and I, when the time came to design S.A.L.T.’s excursions in the Campania region. It was the natural choice, but we didn’t want it to be obvious. I told him there was no way it would be: if anything, it’d be a minefield. Pizza is for Italians what barbecue is for Americans. There are invisible wires waiting to be tripped everywhere when it comes to defining styles and picking favorites.

Fortunately, what was once a full-blown feud has mellowed over time. In 2017, “the art of Neapolitan pizzaiuolo” was inscribed on the Representative List of Unesco’s Intangible Cultural Heritage of Humanity, quite an honor for the humble pie. It was rightfully celebrated by all “pizza factions.”

In the past few years, as more and more pizzerie have opened all over the peninsula and the world, our pizza ideal has changed so that even we Italians are no longer surprised when we stumble upon an exceptional slice in New York, Portland or Tokyo – or when our own pizzaioli push the envelope and (respectfully) innovate, going beyond the margherita, from Piedmont to Sicily. We’re still pizza snobs, but we’ve become less belligerent, recognizing value in diversity.

There’s not one correct recipe. Thin and crackly, thick and fluffy, gourmet, fried – the range of Italian pizza nowadays is impressive. From the flour selection to the way the dough is leavened, from the toppings to the way the pie is baked, the new pizzaioli channel incredible research and inventiveness, while maintaining a steady course towards flavor.

If you sign up for S.A.L.T.’s shore excursion in Naples and Sorrento you will meet one of our most celebrated masters: Franco Pepe, of Pepe in Grani. He is, as the Romans used to say, super partes; beyond factions. He’s won so many awards and has such a pleasant disposition he’s respected by all. Franco and I go way back. I first went to visit him at Pepe in Grani, in the picturesque town of Caiazzo (a 40 minute car ride from Naples, between the mountains and the sea), years ago when I was researching my book on bread and old varieties of wheat. I heard he was doing singular things with a heritage wheat (called Autonomia) whose seeds had been salvaged by local families. Pepe had decided to grow it again, with the help of young agronomist Vincenzo Coppola.

The duo had since started researching other heirloom varieties – of tomatoes (i.e. the “pomodoro riccio”, or “curly” tomato, exceptionally rich in polyphenols), chickpeas etc. – and even founded an association supporting those who were farming them. Pepe likes to mix those ancient ingredients with the best fruits of his territory, the so-called Alto Casertano/Sannio: black pig sausage, Lenzariello beans and Alife onions, Conciato romano cheese, extra-virgin Caiatina olive oil. Franco and his brothers had learned the craft from their father, who had learned from his own (which is why he says “my pizza is not traditional Neapolitan; it’s my family’s tradition”).

The original pizzeria is on Caiazzo’s main square (it still is, run by Franco’s brothers), within sight of the family home. I tell a story in my bread book about the brothers standing on the balcony, watching their father close down shop for the night, following the trail left by spent ambers he’d carry in an old San Marzano can.

When Franco opened his own pizzeria, just around the corner, in an 18th century 3-story palmento (a historic building housing an olive press), he took everything he had learned up to that point and made it, well, better. His pizza is by all standards the perfect link between tradition and innovation, craftsmanship and research. “Instead of a scale, my Dad used the palm of his hand to measure salt. My job as an artisan of pizza is to stay on my feet so I can quickly make adjustments in order to maintain the quality of the product unvaried.”

He also says, “my product is artisanal, but the numbers are industrial.” Unsurprisingly, there’s always a line in front of Pepe in Grani. His pizza is worth the wait.

Franco makes a dough so light and custardy (the best analogy is with the crumb of Tartine’s country loaf), that you can eat 5 slices and 5 mini pizzas without so much of a hiccup. I know because I did. He makes it with pasta di riporto (dough reserved from a previous batch) and yeast, adding more water than predicated by the official Neapolitan guidelines, salt from the salt beds of Trapani and a special blend of flour he continuously adjusts. All his dough is hand mixed (he’s developing a mechanical mixer, but isn’t quite there yet) in wooden troughs (madie), a massive strain on the arms. If all this wasn’t enough to make him special, there’s his peculiar sense for flavor pairings, a lesson he’s learned from an ongoing dialogue with his chef friends. But Pepe’s pizza is not frou-frou. Far from it.

A few examples? His Margherita sbagliata, made with buffalo milk mozzarella and finished, post bake, with a basil and pomodoro riccio reduction. It has won many awards. It’s a nod to our flag. It’s to die for. Or his calzone filled with curly endive, olives from Caiazzo, capers and anchovies from Cetara (birthplace of the fish sauce colatura di alici); or his Scarpetta, with buffalo milk mozzarella, two textures of Parmigiano cheese and tomato compote; or his version of the Marinara… 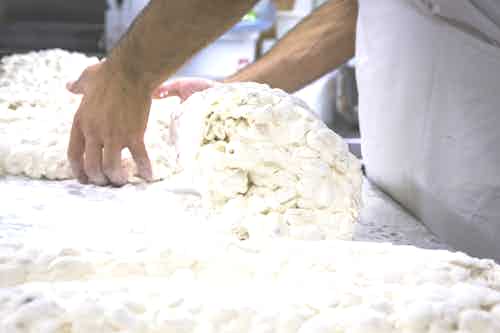 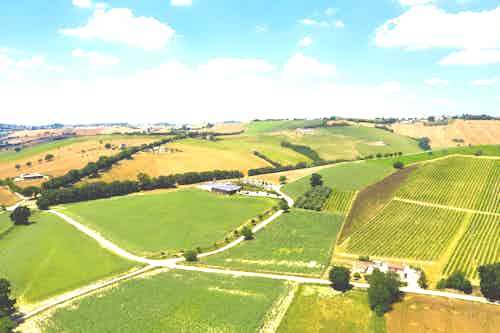 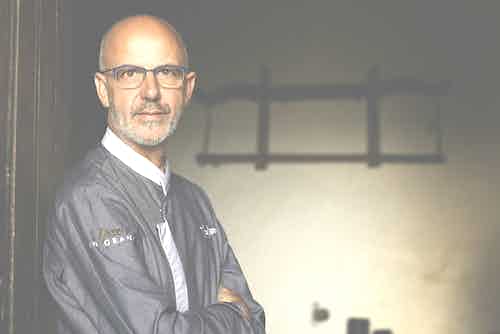 He’s been working on reducing the size of his pizza, on healthier yet no less delicious menu options. He never stops. I can’t wait for you to try these works of art and ingenuity – and to meet some of Pepe’s producers. But wait – what if your port of call is Sorrento and not Naples? Sorrento is two hours from Pepe in Grani – too far for a shore excursion.

“This one’s for you to solve,” said Adam Sachs. Fortunately, solving a problem turned into a great opportunity.

I asked Franco and he suggested we’d organize a tasting at his good friend, chef Peppe Guida’s, in Vico Equense, near Sorrento. Peppe Guida is a legend in his own, an artisan of flavor so in tune with his ingredients he has created a delicious tradition of essential, elegant dishes for which he’s celebrated all over Italy. His spaghetti al pomodoro is almost archetypal. His spaghettini with lemon water, extra-virgin olive oil and provolone cheese is something mystical.

If you sign up for the shore excursion departing Sorrento, you will visit Villa Rosa, Guida’s agriturismo, a short distance from his 1 Michelin restaurant, Nonna Rosa. You’ll admire his vegetable garden, and a magnificent view of the gulf. You’ll also see the wood fired oven where Franco Pepe will bake his legendary pizza right in front of you, as one of the local cheese masters demonstrates live how he makes fiordilatte (cow’s milk mozzarella) for topping (you will then go to his caseificio to see how the Provolone del Monaco, one of the crown jewels of the Sorrentine peninsula, is made).

The menu will combine Franco’s pizza and a few of Guida’s signature dishes. The two have collaborated before, and their gastronomic call-and-response is jazzy.

Whether it’s Naples or Sorrento, you’re in for a treat.