Behind the Lens: Magnificent seabird colonies at West Point Island, in the Falklands

Being in the field with huge black-browed albatross and mischievous-looking rockhopper penguins is a Christmas Eve moment that Expedition filmmaker Ross Vernon McDonald won’t forget in a hurry.

“It was Christmas Eve and it was awesome. It was a very surreal experience because it really did feel like home,” says Ross, who is from the UK and had been at sea for some time when this part of the Silversea itinerary on West Point Island in the Falklands occurred.

“The grass, heather and the rocks – I thought it looked like Dartmoor beside the sea. So being from Cornwall in the UK it very much represented home to me. I was about seven weeks into an eight week contract so I was not necessarily homesick but missing it so to turn up here was a breath of fresh air. However, it just has unbelievable wildlife which isn’t anything like what we have at home.”

A hike to the nesting colony

The scene of a bustling, noisy seabird colony was revealed following a zodiac trip and a brief hike for a couple of miles to one side of the island.

“It feels like you’re walking into a prehistoric destination. There are these giant tufts of grass which are taller than I am and it makes you feel like you’re a miniature person wandering through,” says Ross. “Then you emerge through it and you poke out of the other side to this colony of albatrosses and they are absolutely beautiful with their pristine white feathers.

“Then you see them landing and they do this beautiful embrace. They mate for life. It’s just really heartwarming and felt like a privilege to be there and witness that,” he adds.

“Then beneath all of them there are these rockhopper penguins which are mischievous little gremlin-like birds. They always look like they are very cunning and up to no good! They just hop around beneath the albatrosses pecking at each other and squawking.”

Behind the Lens: Capturing the Magic of Magellanic Penguins in the Falklands 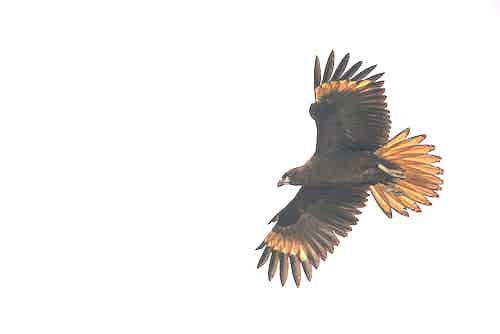 Equipped with his lightweight Panasonic Lumix DC-GH5 camera and an 800mm zoom lens, Ross captured these birds while being tucked behind the grass, keeping well hidden and shooting through it.

“The Panasonic Lumix DC-GH5 is lightweight and I could carry it on that hike with a selection of lenses because all of the lenses for it are quite small as well. I also took a video tripod which was actually quite big but I think that makes the world of difference. In some ways I feel like the tripod is more important than the camera.”