Where in the World Do You Want to Go? Explore the Spirit of Saudi Arabia

The fascinating character in the Saudi Arabian Peninsula lies in the juxtaposition of old and new, cities and landscapes, seas and deserts. Modern skylines exist not too far away from UNESCO World Heritage sites, while sun-soaked red canyons offer a stark contrast to the abundant marine life that flourishes beneath the waves of the Red Sea.

It’s also one of a few places on earth that has not been open to western travelers — until now.

Stefan Kredel, Senior Director Expedition Development and Operations, recently traveled to Saudi Arabia as part of an effort to look for new expedition itineraries and tells The Arabian peninsula was always one of the targets that we wanted to develop. “I was fortunate enough to be in Saudi Arabia just recently to look at the itinerary we are offering in 2023,” he adds.

There’s more, Kredel tells us. “Saudi Arabia is a very modern country – there is a lot of infrastructure and big modern cities but on the other side, people still living with their customs and traditions. It’s a very fascinating country. There are a lot of places to discover.

“The natural attraction of Saudi Arabia is not only the desert. Obviously the Red Sea is a brilliant underwater world well known for snorkelling and diving. From the coastline, if you go a little bit inland, there are [also] mountain regions and canyons.”

Excursions here serve up rare opportunities. The crowning glory must be the UNESCO World Heritage site of Hegra while on a full-day trip to see the sights of Al Ula. Archeology fans will be in their element here, as Al Ula is thought of as an intersection of civilisations, giving visitors a glimpse into history and Nabataean tombs carved into red rock. 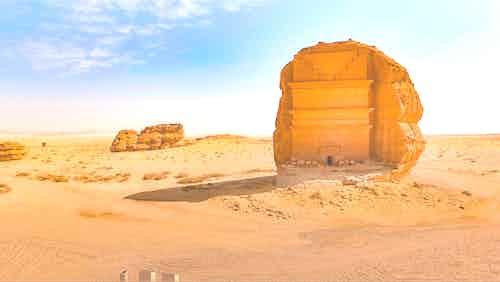 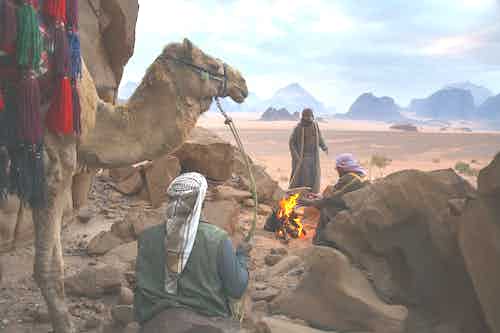 Jabal al Banat, is known as the biggest group of tombs in Hegra with 29 burial chambers that have cut veneers on all sides of the sandstone rock, and Jabal al Ahmar boasts 18 tombs, with some recently excavated. Absorb how the ancients lived during this once-in-a-lifetime trip.

In Yanbu – a city of palms with a long-held historic connection to the spice trade route in the Red Sea – travelers can enjoy its other best feature, the crystal clear waters. Affectionately known by scuba divers as ‘The Pearl of the Red Sea’ for its numerous underwater gems, it’s also perfect for snorkelers. Take a boat ride during a snorkelling excursion to Iona Coral Reef where you’ll swim among vibrant fish, corals and the Iona shipwreck which is now teeming with ocean life.