Authors
Paul Theroux
We, the Curious

My Italian Summer by Paul Theroux

This article was originally published on Silversea’s first issue of “Talks: People, Places, Stories” magazine, a collection of stories, interviews and photo essays – dialogues, in essence – that offer unique and at times unexpected points of view of tried and true destinations. The first issue of Talks was devoted to Italy and starts off with acclaimed author and travel writer Paul Theroux’s account of his first great trip to the Bel Paese, almost 60 years ago.

Wandering in Italy, on the Adriatic coast, in the summer of 1963, I headed inland, to the hill town of Urbino, where by chance I was hired as a teacher of English. It was the best job I’ve ever had, in one of the most beautiful towns I’ve ever seen. All my students were young Italian women. I lived adjacent to the Ducal Palace. My salary was small but I had a free room, and all my meals were provided. The best part of the day was lunchtime with the other teachers and some students, often a dozen of us—always lengthy and loquacious, my witty and informative colleagues. “Ripeti dopo di me,” someone would say to me (“repeat after me”), and challenge me with a tongue-twister. “Se l’arcivescovo di Costantinopoli si disarcivescoviscostantinopolizzasse…” (If the archbishop of Constantinople renounced his position of archbishop…)

And then we’d drink more wine. I was a young and impressionable traveler, new to lotus eating, but a fast learner.

Italy was my first great trip, my first immersion into the world of the senses, my introduction to delicious food, and dramatic landscapes, to masterpieces of art and architecture, to magnificence, to instinctive generosity.

Italy is in my blood—my maternal grandfather emigrated alone as a young man from Ferrara, my grandmother as teenager with her parents from Piacenza. They met in New York City and married at Our Lady of Pompeii Church on Carmine Street in Greenwich Village. Like many other emigrants they held fast to their culture, my grandmother making tortellini and fresh pasta noodles, my grandfather making wine. Their huge dining 6 table served as a gathering place on Sundays, where we ate together, afterwards heading outside to the bocce court on the lawn. I was inspired to study Italian, and did so for three years in high school.

Italy was the ancient past in its churches and ruins, but it was ultra-modern in popular culture. This was the era of classic Italian films—Fellini’s La Dolce Vita, Antonioni’s L’Avventura, and the work of Visconti and Pasolini. Italian design was innovative—the compact minimalism of the Olivetti typewriter, the sleek lines of the Ferrari, and the stylish cut of Italian clothes. By contrast, it was also the Italy of men in heavy brown suits and fedoras, of the boy taking his mother to the market on his Vespa—the old woman in black balanced on the back seat. Italy was chivalrous in its manners—I saw an urchin snatch open a car door for a woman and say, “Bacio la mano” (I kiss your hand). And whenever I apologized for my Italian I would be told “Tu parli benissimo!” (You speak beautifully, though in truth it was no more than adequate). The Italian genius for compliments always smooths the way.

Between intervals of teaching, I traveled—by train, by bus, often simply hitchhiking. The seaside town of Fano was down the hill from Urbino, less than an hour away and I discovered what the wanderer in Italy finds with amazement, that every region, every town, every village, prides itself on its distinctive cuisine, its particular wine, its turns of speech, its festivals, its saints and artists.

I mention Italy’s magnificence. I found it in Venice and Rome and Naples—it is unmissable. But I also found it in obscure places.

I was invited to a picnic by friends, picked up one sunny morning in Palermo by a big black car driven by Vittorio, his employer Signora Vanni beside him. I sat in the rear seat with two young women, Signora Vanni’s daughter Anna Maria, and her friend, Kitty Zangara. Less than an hour later we came to a wooded area. “Caccamo,” Anna Maria said, and Vittorio parked under some trees, where there was a table of rough planks. He transformed the table with a white linen tablecloth and wine glasses; he set dishes on it— salad, pasta, grilled fish, bread; and he uncorked bottles of wine. We sat luxuriously in the shade, eating and talking, with a view of the sunny hillside and the thousand-year-old town. A magnificent picnic. 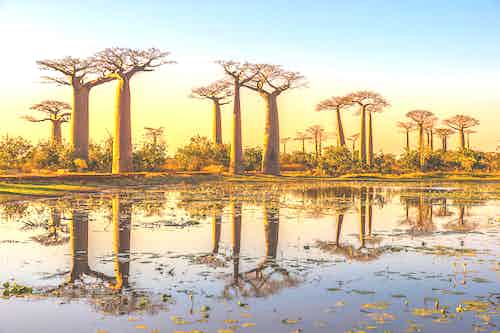 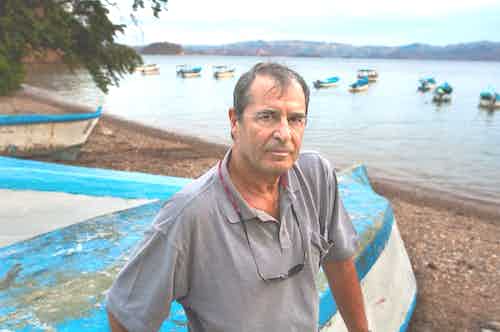 Another beautiful memory. I was in Palermo and had spent the last of my money on a ticket to New York aboard the Queen Frederica. This was in September, 1963; I was going into the Peace Corps, training for Africa. The farewell party my Italian friends gave me on the night of departure went on so long that when we got to the port, a Sicilian band was playing “Anchors Aweigh” and the Queen Frederica had just left the quayside. In that moment I lost all my vitality and wanted to cry.

“Non preoccuparti!” (do not worry), my friends said. They bought me an air ticket to Naples, so that I could catch the ship there the next day. Just before I boarded the plane an airline official 7 said I had not paid my departure tax. I told him I had no money. A man behind me in a brown suit and brown Borsalino said, “Here. You need some money?” and handed me twenty dollars.

That solved the problem. I said, “I’d like to pay you back.”

The man shrugged. He said, “I’ll probably see you again. The world’s a small place.”

Italy never disappoints—on the contrary, it inspires and excites, every corner of it is capable of enchantment. I discovered in Italy, no matter where you go, you are always among friends.